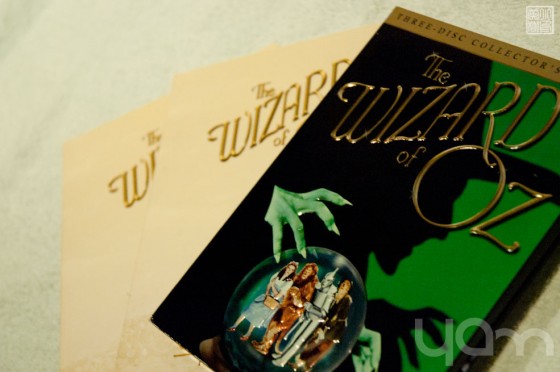 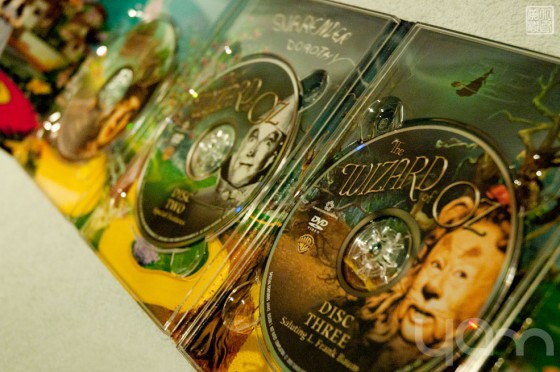 Released in 2005, remastered and digitally restored, this 3-disc collection includes loads of extras, including commentary by John Fricke and interviews with the cast and crew.

The film looks clear most of the time, and the colors look bright — especially when the film springs into color once Dorothy reaches Oz. The audio seems a little on the low side, but the track sounds good when songs start. It’s a shame that the only other language track is in mono, but they didn’t bother converting it. We appreciated the subtitles in, at least, some of the other extras.

The second disc includes an almost 50-minute documentary aired in 1990, a 30-minute TCM segment done in 2001 about the memories of people surrounding the film, including some of the extras and family members of the cast of the film. That’s followed by A Tribute to Oz, a 30-minute segment done in 2005 about the music, the visual effects, and how the film was put together, narrated by Sydney Pollack and including people like Richard M. Sherman, Peter Jackson, and David Shore. The 25-minute 2005 segment The Legacy of Oz talks about all the other Oz products that have invaded our pop culture throughout the years, including Oz fan meetings and the 1990 animated TV series.

The third disc includes a nearly 30-minute segment on L. Frank Baum, author of the book, as well as other shorts, including two other versions of The Wizard of Oz done in 1910 and 1925