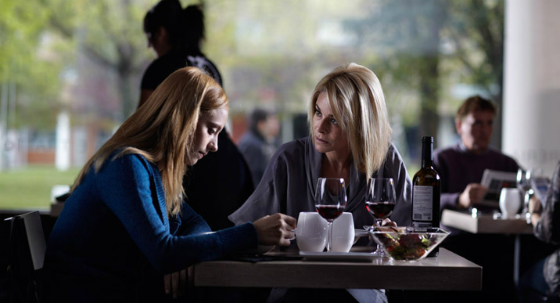 The Spanish Film Festival was held for the second time in Stockholm. A collaboration between Instituto Cervantes, Kulturhuset and Bio Rio, the festival sought to put focus on Spanish cinema, showcasing some of its history, present and future — they covered some of the basic aspects of it and aimed to gain more attention towards it. Because many may know about Pedro Almodóvar, Alejandro Amenábar, Penélope Cruz and Javier Bardem – but Spanish cinema is so much more then just that.

This year, one of the categories of the festival was dedicated to movies by director Montxo Armendáriz, a director with an impressive filmography under his name with films spanning many genres (from short movies, dramas to thrillers). He is a director that “only does movies when he finds stories that move your core, when he knows that the viewers will experience something that they will remember for a long time.” [Instituto Cervantes’ quote]

After seeing three of his movies, I can attest to that sentiment. I find myself thinking back to the movies I saw, among them No Tengas Miedo and Silencio Roto are the ones that still are vivid in my mind. The stories, the acting, the photography. It all added to a very profound sensation inside of me.

I am sad to say that I missed most of the festival. I found out about it at the last minute and could only attend three days. The festival was a week long, with some highlights being held during that weekend. I am so sad I missed the opportunity to meet Armendáriz, he flew to Stockholm for a Q&A. I had so many things to ask about his movies.

This is the second year that the festival was arranged, this time with the help of the Culture House in Stockholm. Many of the movies were shown at the Klara cinema — a very small venue with just 78 seats — which made this a very cozy and stress-free festival, yet generous with a good variety of movies. In the case of Armendáriz, I was left with an appetite for more. It is my opinion that a film festival does a great job when it leaves you an itch you need to scratch.

So in that case, I can’t but applaud the Spanish Film Festival for the great job. I am already marking my calendar for next year.