Jafar Panahi – This Is Not a Film 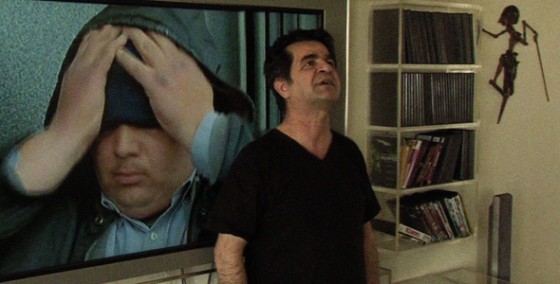 How do you review a movie that isn’t a movie?

YAM Magazine never claims to be professional. Heck, most of the time I am not sure what the heck I am writing about. I am so not a movie reviewer, but there’s no denying the power of the motion picture – from inflicting emotions in us, to recalling historical events. Watching movies is not just a form of escaping reality. It’s educational and inspiring. The stories we get to see are often carried long after the credits start rolling.

So how do I write a review about a movie that is not supposed to exist?
I guess I just don’t.

To review the effort that Jafar Panahi had to undertake just to even be able to get this movie out of Iran? Well, I would feel a bit disrespectful. How can I even begin to review the deep suffering of a man that only wants to make movies?

This Is Not A Film is more of a video diary/documentary. In it, we get to follow Jafar Panahi as he spends yet another day locked up in his house. He is under house-arrest because the current Iranian government deems him a threat to society, that his movies are against the government.

Jafar Panahi would have been among many unnamed people thrown into jail at the whim of their governments. But thanks to Panahi’s international reputation, that became an obstacle to the Iranian government. Among the honors Panahi has gotten for his movies are the Carrosse d’Or at the 2011 Cannes Film Festival, the Jury Prize in 2003, and the Camera d’Or in 1995. He has also received the Silver Bear at the 2006 Berlin Film Festival and the Golden Lion at the 2000 Venice Film Festival.

Personally, I haven’t seen any of Mr. Panahi’s movies. I have probably never seen an Iranian movie. I hardly know what’s going on in the country. All I know is what I saw during the 75 minutes of this little movie/non-movie/documentary/vlog, somewhat struck me to the core.

I don’t want to get political in here, that is not my angle. In all honesty, I detest politics. They are so silly. It is silly that Iranian politics prohibit a man from making movies for over 20 years, throwing him into jail just because he wanted to portray his society, wanted to give voice to the thousands of stories that float around and that never get told. He wanted to capture the history of his generation and preserve it for the others that will come.