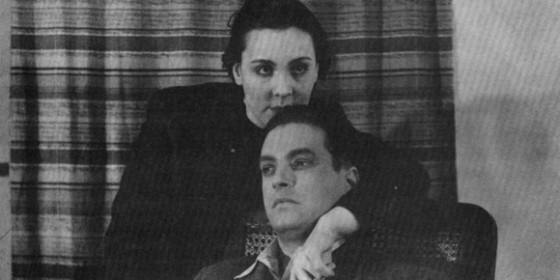 While everywhere else in the world they showed The Wizard of Oz, Gone with the Wind, Wuthering Heights, Stagecoach, The Rules of the Game (La Règle du Jeu), Mr. Smith Goes to Washington, Paradis Perdu or Louise, amongst other notable titles, there were six 1939 productions out in Peru, three of them produced by Amauta Films, the company that for three years created “the illusion for the formation and existance of a sound film industry in Peru.”

Let’s take a looks at the films, taking information and images from the book Un Cine Reencontrado (Rediscovered Cinema) by Ricardo Bedoya:

It was born like a personal project for investor Andrés A. Chocano, with company Condor Films. With a budget of S/. 9,000 Soles of the time, the direction of the film was handled by actor Pepe Muñóz […]

The shooting of Santa Rosa de Lima had some interruptions that delayed the shoot for three months in the studios built in the Lima neighborhood of Magdalena del Mar, with exterior shots in Quives and Lima. The film was ready for its release on January 1939.

There are no surviving copies or negatives of this film.

Esther is a girl with good fortune, but she doesn’t know it. She lives with whom she believes to be her stepparents, a family on the brink of poor living. She decides to run away. Ignoring her true identity — she is really part of a wealthy family — she decides to try her luck working in the film industry, theater and radio. On her way, she ends up being involved with a band of thugs that are trying to use her for their bidding. At the same time, she meets Javier, whom she falls in love with.

There’s an incomplete copy of this film.