Thy Idols … Thy Inspirations 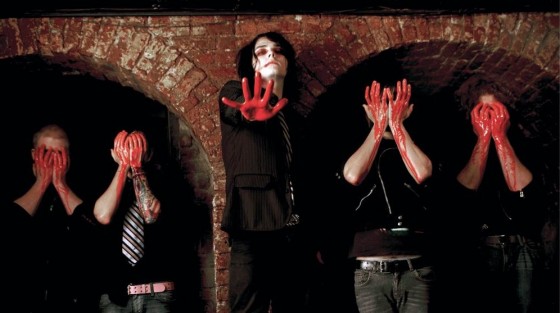 Off the top of your head: What’s the single most important quality that a singer or a band must possess?

While your answer(s) may be different from mine, at least very few of us would deny its place in achieving success in the Music Hall of Fame.

Björk. Who else would have even thought of using a lightning generator to play the bass lines for a song called Thunderbolt in her own live tour?

But then creativity could take many other forms and directions. One can, say, do a hundred versions of the same song — each with a completely different  feel to it. And speaking of this, there’s no one like her: Shiina Ringo.

Ringo has been singing Marunouchi Sadistic since her very first solo album some 14 years ago — and probably still will until the day our Queen of Kabukichou (Kabukichō no Joō) calls it quits.

To be creative could also mean that one dares to be different — that one is not afraid to put oneself out there — to be judged, to be criticized, or even to be morally condemned at times.

My Chemical Romance should really get a gold medal just for that. After all, would you have the guts to write a song about Cancer?

So much about Thy Idols. Time for Thy Inspirations now.

If anything, I’m positive that the musicians (yes, musicians — not just singers or a band) above will feel so proud of their supporters if they get to see these fan-made videos for themselves:

1. Dead by My Chemical Romance

This one is darker than the darkest humor that MCR has ever conceived.

The storyline of this video, in short, is as complicated as what goes on in the mind of the original singer herself.

This video could well serve as the ending theme of the next version of the Biophilila apps album.

It is not unlikely that you happen not to be such a fan of any of these musicians. And yet one thing is for sure: in one way or another, their music has awakened the creative soul in their fans. That somehow creativity gets passed on and programmed into the genes of humans once again — though in a most “non-traditional” manner.