Greetings, fellow fangirls and fanboys! This week an iconic picture was released. Or rather a picture of an iconic moment. Also, lots of new promos for upcoming movies, and a couple of deleted scenes from soon-to-be here home releases. And of course, more Star Wars. Here’s how the week started:

Pixar’s Coco was the King of the 45th Annie Awards, winning every single one of the 11 categories in which it was nominated. And yep, that included best animated feature. Guess they’ll win the Academy Award too. The Breadwinner won Best Animated Feature — Independent.

Natalie Portman rapped again in Saturday Night Live, after her first time hosting back in 2006. It was amazing. And hey Padme Amidala!

Here are the character posters Solo: A Star Wars Story, and hey I like the design and these are my favourite two: 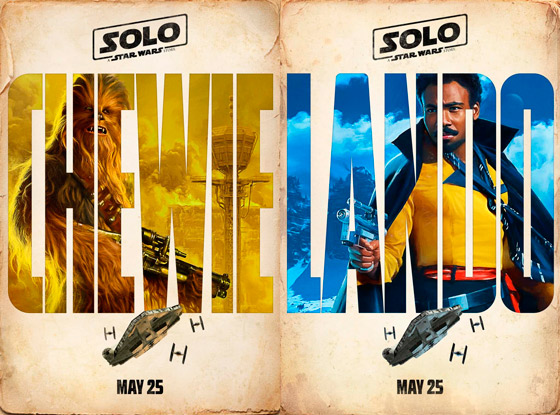 Seems were are getting a Conan the Barbarian TV series at Amazon! According to Deadline, it’s a “retells the classic character’s story via a return to his literary origins”.

Driven out of his tribal homelands, Conan wanders the mysterious and treacherous world of civilization where he searches for purpose in a place that rejects him as a mindless savage.