Apparently, there was an alternative opening musical number of Coco that existed for years, before it was changed. Here’s a clip from the Blu-ray/Digital extras where Coco directors Lee Unkrich and Adrian Molina talked a bit about it, before we get to watch a colored rough pencil animation together with the song.

Talking about discarded opening scenes from a Disney brand, here’s an animation recreating the Star Wars: The Force Awakens opening that was never made. Animator Tim Gray made the video, based on J.J. Abrams’ own unused storyboards, which mirrors the opening of A New Hope, but with a twist! It’s actually smaller ships tugging the huge (but decrepit) Star Destroyer to its final resting place on Jakku, where scavengers like Rey will harvest it for parts in the future.

Well damn, Game of Thrones showrunners, David Benioff and D.B. Weiss, will write and produce a new series of Star Wars films! BTW, these new films will be separate from both the main saga and that other announced trilogy developed by Rian Johnson.

In the summer of 1977 we traveled to a galaxy far, far away, and we’ve been dreaming of it ever since. We are honored by the opportunity, a little terrified by the responsibility, and so excited to get started as soon as the final season of Game of Thrones is complete.

DC’s Shazam has started production and thus we have an official synopsis:

We all have a superhero inside us, it just takes a bit of magic to bring it out. In Billy Batson’s (Angel) case, by shouting out one word—SHAZAM!—this streetwise 14-year-old foster kid can turn into the adult Super Hero Shazam (Levi), courtesy of an ancient wizard. Still a kid at heart—inside a ripped, godlike body—Shazam revels in this adult version of himself by doing what any teen would do with superpowers: have fun with them! Can he fly? Does he have X-ray vision? Can he shoot lightning out of his hands? Can he skip his social studies test? Shazam sets out to test the limits of his abilities with the joyful recklessness of a child. But he’ll need to master these powers quickly in order to fight the deadly forces of evil controlled by Dr. Thaddeus Sivana. 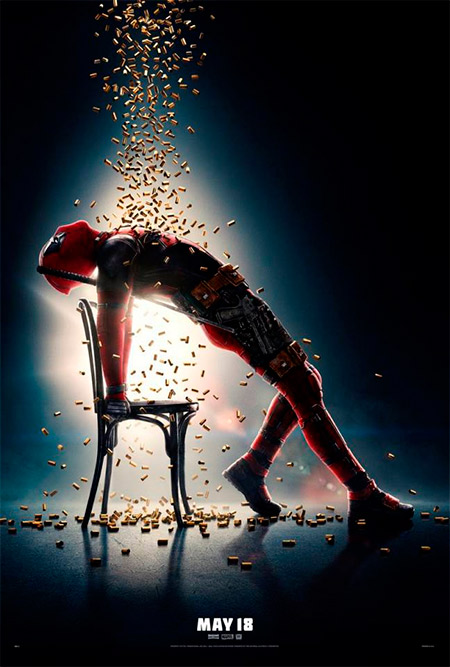 Here’s the trailer of the podcast Wolverine: The Long Night, where Richard Armitage voices Logan! Writer Ben Percy promised supernatural and fantastical, besides the murder mystery!