EW had Solo: A Star Wars Story as this week’s cover! They also revealed 9 new images and insights from the movie… like Solo is a secret bromance:

To me, this is a love story between Han and Chewie. Their relationship has always been my favorite part of the saga, and the fact that only Han understands what Chewie is saying, I find a very funny possibility for comedy. 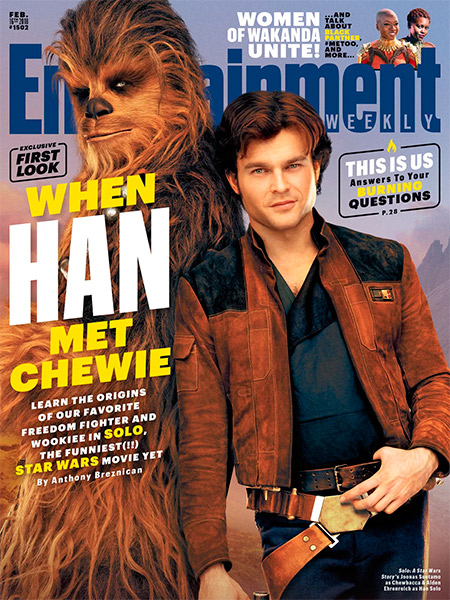 Harrison Ford gave advice to both Alden Ehrenreich and Ron Howard for Solo: A Star Wars Story. According to producer Kathleen Kennedy:

What [Ford] did so beautifully for Alden was he talked a lot about what he remembered when he first read Star Wars, and what George had done with Han. Who the character was and the conversations he had for so many years with George about how that character developed. He gave Alden that kind of insight which was invaluable. There were several times in the course of making the movie where Alden would actually recount some of the things that Harrison had pointed out. I think that was really, really helpful to him.

And to finish the Star Wars news, Disney is developing “a few” TV series for its streaming service. Yep, “a few”, as in not just one or two. Disney is “close to being able to reveal at least one of the entities that is developing” the series for them. The as-yet-untitled Disney digital platform will target families and debut in late 2019

Tom Hardy revealed the teaser poster for Venom via Instagram. And I know that’s meant to be Venom’s eyes, but it just looks like a stylized bra to me. Sorry! 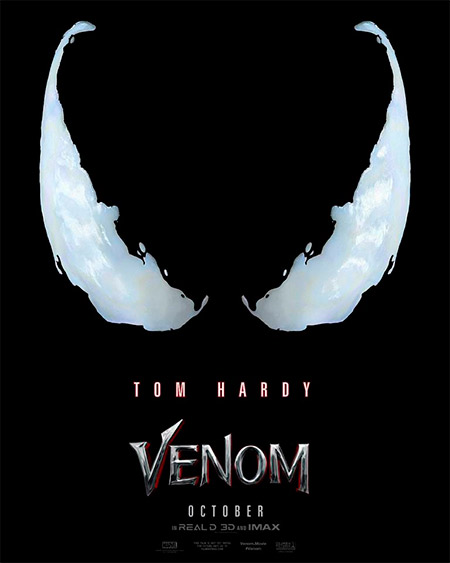