Behold an iconic picture! Not that the picture itself has an iconic look or anything, it’s just what it represents. It marks the 10-Year anniversary of Marvel Studios. It depicts many of the people who made the MCU possible, the first cinematic universe… and the only one that works for now. Front and center are Big Boss Kevin Feige, and MVP Robert Downey Jr. Also, check out this behind-the-scenes video, which I found kinda adorable for the amount of mutual fanboying. 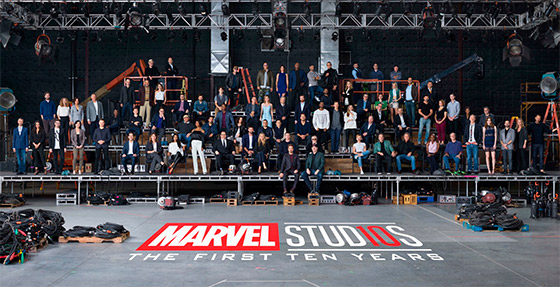 Deadline delivered the goods on that Disney streaming service that we are all talking about, but not know really much about. Yes, it will launch in fall 2019, and no R-rated stuff! Ugh. Well, I guess it’s the branding. The R-rated stuff will go on Hulu. And the various Marvel series where they are, so yep, Netflix gets to keep its superhero series. Besides the Star Wars stuff we already know about, the first year goal is to generate 4 to 5 original movies, and 5 TV series. Things mentioned that I’m interested in include new Lady and the Tramp movie, a Sword and the Stone project (whatever that means), an animated Monsters Inc series, and a Marvel live-action title series.

According to Variety, Joaquin Phoenix is in talks to play the Joker in Todd Phillips’ standalone movie of said character. Phillips met with Phoenix before the new year and was just waiting for the studio’s go-ahead. Warner has kept mum about this tho!

[The film] will delve into what it took for the Joker to become a mastermind criminal. Sources say the story will take place in the ’80s and have more of the look of a gritty crime drama than comic-book movie.

It wasn’t that kind of a thing where it was ‘change this, change that’. We were looking at ways to add a few more character things with specifically Shuri, where she pokes fun at her brother. Donald’s one of the funniest people that I know, so he had some interesting ideas, and Stephen’s crazy talented as well.

Well damn, here’s Jeff Goldblum making out with space tentacles in this Thor: Ragnarok deleted scene, where Bruce Banner’s Dumbo comparison is on point, even if Thor doesn’t get that reference. Valkyrie is also there, being amazing as always. Thor: Ragnarok digital release will be available to purchase February 20. The DVD and Blu-ray will hit shelves March 6.

On a less amazing deleted scene, here’s one from Justice League where we finally know where that damn black Superman costume was. It’s not terribly exiting yet, but The More You Know! Justice League is being released on digital home video on February 13, with a Blu-ray edition coming March 13.

And that’s it for the week. Before I go, I want to wish Happy Birthday to Warwick Davis, Jennifer Jason Leigh, Dane DeHaan, James Spader, John Williams, Zhang Ziyi, Michael B. Jordan and Tom Hiddleston… WHO SHOULDN’T HAVE MISSED THE MCU TEN YEAR PICTURE DAMMIT. No, I’m not letting it go. 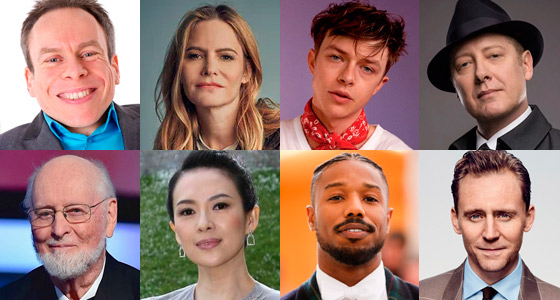