The Fangirly Diary of a Geek Girl: The best place by the fire

Greetings, fellow fangirls and fanboys! This week we had important Star Wars news, relevant Black Panther news, both good and bad nominations… and another good-bye to a dear actor. Here’s how the week started:

My Blue Prince (which sounds better in my native language) Grand Admiral Thrawn made his return/canon debut on Star Wars Rebels this year. But we were also promised a new novel from his creator Timothy Zahn, simply named Thrawn. The new novel releases April 11, 2017 and here’s part of the synopsis:

After Thrawn is rescued from exile by Imperial soldiers, his deadly ingenuity and keen tactical abilities swiftly capture the attention of Emperor Palpatine. And just as quickly, Thrawn proves to be as indispensable to the Empire as he is ambitious; as devoted as its most loyal servant, Darth Vader; and a brilliant warrior never to be underestimated.

On excellent box office news for Disney, Rogue One became the fourth 2016 film that made more than $1 billion internationally, and Moana passed $500 million in total, and the sing-along version will surely help with it.

Currently, Dragon Ball Super is in the middle of filler episodes while we wait for the Universal Survival Saga on February, but hey we got a preview and it was made of awesome! We got all the Gods Of Destruction (including a creepy looking clown with his angel with ponytails whom people are already calling Joker and Harley Quinn), Universe 6 Saiyan Cabba, and OMG did that slip fo a girl turned into some sort of Broly from another Universe? I applaud their decision to finally create a female Super Saiyan and making the Legendary Super Saiyan sorta canon… if that’s what this is.

Habemus name for Episode VIII! And, as the title of the weekly column says, it’s Star Wars: The Last Jedi. The internet reacted accordingly, flailing like Kermit, obviously. But, who is/are the Last Jedi? Yep, the word can be plural. Is it Luke? Rey? Ben Solo/Kylo Ren (no, thanks)? And why is the logo in red? The red logo was only seen in the final movies of each trilogy. But then again, both also contain major deaths… they better not freaking kill Luke dammit! BTW, the main candidates of The Last Jedi title also comment on said title. So, is it December yet? 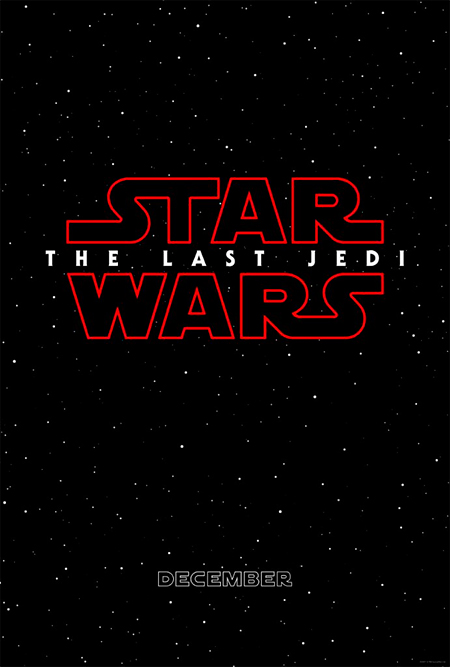 On other Disney property news, Black Panther has a new logo, shown in a photo of the on-set chairs … and I am not sure I like it. I like the original one because it looked like classic logos from the legacy comics. Man, they could have used the font of the current comicbook. Anyway, it’ll take some time to get used to it, but I am sure I can manage~

Habemus date for Samurai Jack Season 5! Yep, the show will return to Adult Swim on March 11!

Stephen Colbert will host the 2017 Emmy Awards on September 17! I dearly hope he gets political!