Marvel revealed a variant cover of an upcoming Invincible Iron Man title with 15-year-old Riri Williams drawn as J. Scott Campbell draws women. That is, plain cheesecake. Although this was rather tame by his standards (guess he was aware the character is a young teenager), many people still complained with the hashtag #TeensThatLookLikeTeens, and Marvel cancelled said cover. While I am no-one to tell people how they should feel, the cover in question was just bad art for me. Not because it was too sexualized, just showing me that Campbell is kinda limited as an artist, and also did it without much thought because the cover is just not very interesting or well drawn. And I know he can do better. In order to show they do care about Riri, Marvel decided to drop some interior art and sketches on Twitter. These are courtesy of the regular interior artist Stefano Caselli and damn Riri looks good! Way better than what Campbell did! 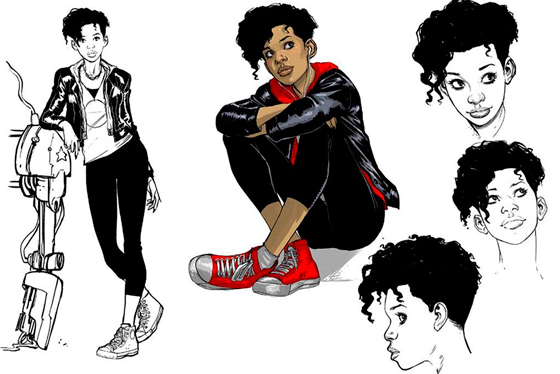 Joss Whedon has had a radio (or rather Twitter) silence for some time, but now he’s back… and he wants to make a Star Wars movie, one of the anthology ones! All because he saw the trailer for Rogue One: A Star Wars Story, which we know now has an official runtime of 133 minutes or 2 hours an 13 minutes.

On the DC side of things, James Wan’s description of what he wants out of Aquaman is amazing, and totally in tune with previous statements that while the film won’t be a barrel of laughs, they won’t forget to have fun with it!

I kind of don’t want to give too much away but know this: The spirit that I’m going for is like a classic sort of swashbuckling action adventure, sort of high seas adventure story. It’s ultimately a quest story in the spirit of Raiders of the Lost Ark meets Romancing the Stone.

OMG! It’s official! Donald Glover is going to be young Lando Calrissian in the Han Solo movie! According to Star Wars.com, the movie will show Lando’s “formative years as a scoundrel on the rise in the galaxy’s underworld.” So, I better watch him lose the Millennium Falcon to Solo in a game of sabacc!

A Wrinkle in Time movie adaptation keeps getting more and more interesting! I will have to read the book soon! Not only is Ava DuVernay directing, and Reese Witherspoon and Mindy Kaling would be in the cast, now lovely Gugu Mbatha-Raw and also lovely but badly aging Chris Pine will be part of the film too! The story is about this girl searching for his scientist father who goes missing “after working on a mysterious project called the tesseract”.

Empire shared their subscriber-only cover of Fantastic Beasts and Where to Find Them. Yep, that’s a goddamn Thunderbird! My Ilvermorny house was named after this magical creature, dammit! We saw a glimpse of it in the trailer, but this is a better look~ 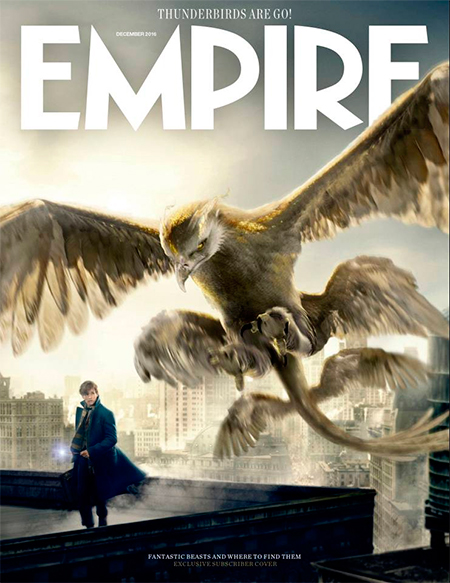 Finishing this week on a funny note, Benedict Cumberbatch’s Doctor Strange is terrible at kid’s parties! Also, apparently being Sorcerer Supreme ain’t paying the bills as well as a neurosurgeon could! Here’s a fun sketch from Jimmy Kimmel Live!

And that’s it for the week. Before I go, I want to wish Happy Birthday to Felicity Jones, Jon Favreau, Viggo Mortensen, Danny Boyle, Andrew Scott and Carrie Fisher. 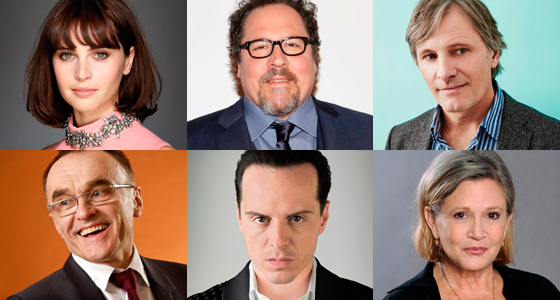