You know Hot Toys, that toy brand that makes surprisingly accurate collectible figures of characters from geeky movies. Most of the time. They make producers of geeky movies too! Yup, Marvel’s Kevin Feige got surprised with his very own collectible figure during a visit to Hot Toys’ Secret Base in Hong Kong to check on a life-size statue of Doctor Strange. This is a one of a kind deal tho! At least for now? 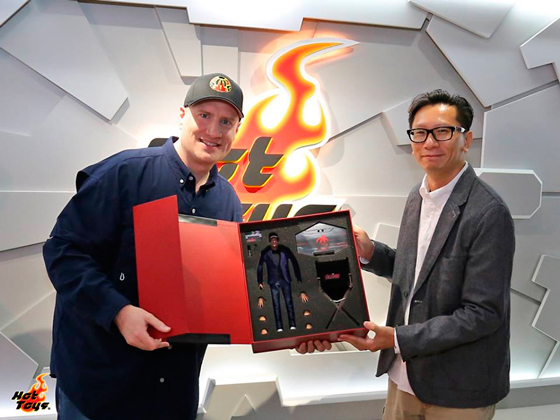 Welp, here we have an actual scientist call Doctor Strange mind-blowingly good. Ok, he’s the consultant but still! Adam Frank is an astrophysicist at the University of Rochester, and and here are his words:

Check out the first clip from Moana, where the titular heroine is trying to introduce herself to a constantly interrupting and arrogant Maui. It’s awesome!

Almost a year since Star Wars: The Force Awakens premiered, the 3D Blu-ray Collector’s Edition will hit stores on November 15, but some of its new commentary has been revealed. In there J.J. Abrams said he thinks that infamous scene between Han Solo and Kylo Ren starts out as genuine! Kylo is aware of being used, but also can’t accept it. Also, yeah, the set-up was obvious!

Obviously, anytime in Star Wars when two characters go out on an incredibly thin bridge ten miles above the ground with no railings, it’s not going to end well for one of them.

Here we have Rogue One: A Star Wars Story character posters, where each character has the Death Star blueprints projected upon their faces. We also saw new characters, courtesy of the Topps Star Wars Card Trader app. Like I don’t know who is this X-wing pilot, but she’s badass! 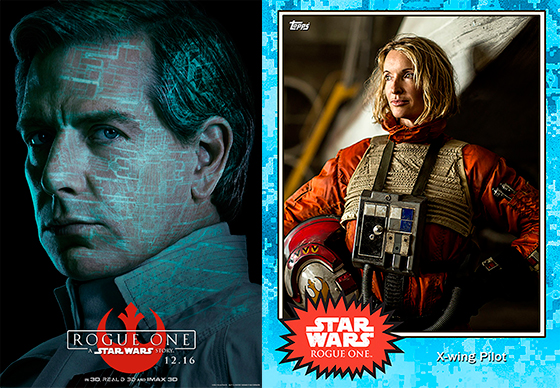 Welp, seems it’s not only the Star Trek trademark who’s having problems with a certain part of fandom who wants to profit! Disney’s Lucasfilm is suing Michael Brown, “described in the lawsuit as operating businesses including New York Jedi, the Lightsaber Academy and Thrills and Skills”. So yep, dude is using Star Wars stuff for profit, including a logo similar to that of the Jedi Order. And I am sorry if your original intentions are cute with teaching kids and Jedi values to kids, but it is still a profit organization using something they have to right to, so I guess Disney/Lucasfilm are within their rights, even if it makes them look like the big bad corporation against the little guy.

Leonardo DiCaprio’s Appian Way Productions will be fighting on the planet’s side! Yep, we will get a Captain Planet movie! According to some horrible sources, the story takes place years after the show, with the Captain now a washed-up has-been who needs the kids more than they need him. Damn, that’s harsh! Still, if someone was going to make a Captain Planet movie, well-known environmentalist Leonardo DiCpario is a logical choice! Will they get Don Cheadle for the role? Captain Planet, motherf*cker!