The Fangirly Diary of a Geek Girl: Take the good with the bad

Greetings, fellow geeks. What began as a promising week, full of news and excitement the Comic-Con brought, ended in tragedy and worry thanks to some unhinged person. But we must move forward, smile when we are sad and all that jazz. And before the terrible happenings, there was a lot to smile for:

Saw Henry IV, Part II. Hiddles, you slay me with your sweaty half-nakedness and then emoting the hell out of you with Jeremy Irons. Damn. Made everybody’s dashboards at Tumblr look like this.

So apparently Johnny Depp is gonna be Edward Scissorhands again… in a Family Guy episode. The hell, I hear you say!

Anyway, remember when Disney bought Marvel, and everyone was freaking out because of the potential weird crossovers? Well, it has started. 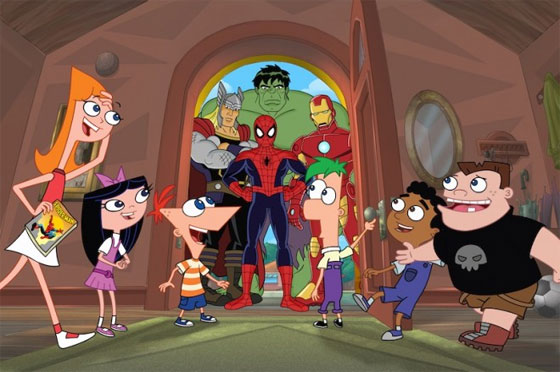 Yup, Marvel heroes (and villains) will be in Phineas & Ferb… and as far as crossovers go, this doesn’t appear to be that bad. I mean, I love both Marvel characters and Phineas & Ferb, but in very different ways… So not sure if want. I will still watch it, though.

And now for loads of news thanks to Comic-Con:

Here’s the Man of Steel teaser poster and the reactions (fanboy squeals) to the trailer shown.

There was also footage of Silent Hill: Revelation 3D shown in a panel. Damn, but this video game movie sequel looks fine. Those nurses are still creepy.

On actual video games, Marvel delivered two: first, Deadpool: The Game that looks like so much gory fun (Suck it, Wolverine!), and second, Marvel Heroes, showing off all the character you get to kick ass with.

Marvel also gave movie news, including the two new franchises (Ant-Man and Guardians of the Galaxy) [1], the official names of Thor and Captain America sequels, and a teaser logo for Iron Man 3 that gave me goosebumps.

Finally, Tony Sta– I mean Robert Downey, Jr. was with a bunch of kids with Iron Man costumes! 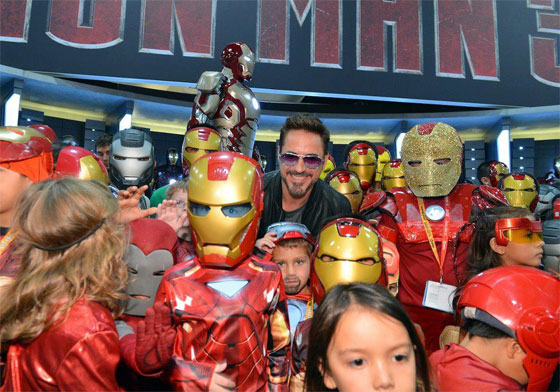 And then he went to the Iron Man 3 panel and OMG he IS Tony Stark!