In Star Wars: The Force Awakens, Luke has lost confidence in his ability to make good choices. It haunts him to the core. But he hasn’t gone to the dark side. This isn’t an evil version of him. But it’s still an incarnation of the character I never expected. It has pulled me out of my comfort zone. It’s a real challenge.

Here are 12 revelations for Thor: Ragnarok from director Taika Waititi, courtesy of Empire. And they are all kinda cool! The revelations include the “Get Help” gag was totally Chris Hemsworth’s idea, the Hela revelation came early because of they didn’t want to look like they were stealing from Star Wars, Doctor Strange’s teleporting was all in-camera, and Taika Waititi played three characters in the film: Korg, one of the heads of a three-headed alien, and he did the motion-capture for Surtur.

Chadwick Boseman had a sorta introspective interview (with pictures and videos!) about Black Panther, where he talked about the Wakandan accent, compares Black Panther a bit with The Godfather, about depicting the first mainstream black superhero, and of course what the movie is all about:

This movie is about how you use power. What do you do when you get power? In this case, you’re talking about someone taking the throne. But all superhero movies are about a person who has extreme power. They can disappear. They do tricks or they can jump really high. Whatever it is, that ability gives them an advantage. The only difference between a hero and the villain is that the villain chooses to use that power in a way that is selfish and hurts other people. 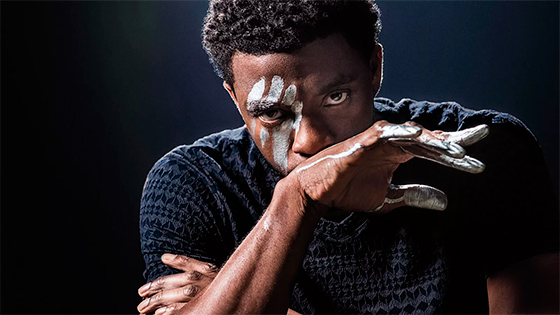 In the DC side of things, Jason Momoa talked a lot about Aquaman and then compares it to Star Wars~

There’s a big battle, and there’s an epic [fight]. It’s also a big road movie, because we travel all over the world. It’s got that Star Wars quality of gigantic ships and guys riding sharks. It’s going to be this whole world you’ve never seen before.

In shocking comicbook news, Marvel writer Brian Michael Bendis and DC Comics announced the two have come to an exclusive, multi-year deal. Bendis has worked for Marvel for 18 years and was one of the company’s major writers still left. Bendis helped create characters like Miles Morales, Jessica Jones, Riri Williams and Maria Hill. Then again, his work for Marvel has progressively gotten worse over the years. Interesting ideas but not-so-great execution, and maybe the change will be good for him. We have yet to know when Bendis will start working for DC tho.

We might get a Harry Potter mobile game in the vein of Pokemon GO! So yes, Harry Potter: Wizards Unite, launch date to be announced, will use state-of-the-art augmented reality technology on smartphones, so a player can view the real world through a wizarding world lens. OK, this might make me leave my house (and buy a better smartphone).

Tessa Thompson would like to play Alana in a Saga movie… and you know what? I would like it too. 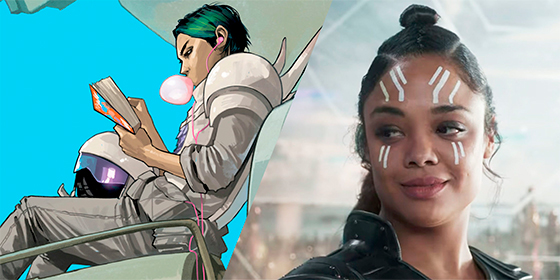 Well damn, Universal’s Dark Universe may be dead after just one movie. Writer-producers Alex Kurtzman and Chris Morgan, hired as the architects of the franchise, have apparently left. Kurtzman is now working as the executive producer on CBS All Access’ Star Trek: Discovery (and his deal with CBS involves more than a half-dozen shows), and Morgan has returned to the Fast and Furious franchise and is writing a spinoff for Dwayne Johnson and Jason Statham. So, what will Universal do now? Maybe one-off movies not connected to a larger universe, or they could find a new architect who could improve the concept.

And talking about “dead things”, check out this tribute to Mjolnir that Chris Hemsworth shared on his Twitter: