Greetings, fellow fangirls and fanboys! This week Netflix announced their plans for world domination (and some more news about their original series). Also, toys, TV promos, and good and bad news for Game of Thrones fans! Here’s how the week started:

Here’s a new promo for Vikings Season 4, where Lagertha remains flawless and Rollo has changed conditioner. The season premieres on February 18th, but I want it now!

Apparently the Sherlock Special drew 8.4 million overnight viewers in UK! That means Sherlock: The Abominable Bride was that days’s most-watched show in the country. And now we wait until 2007 for series 4.

Here are 3 glorious minute of The X-Files Season 10~

Joss Whedon talked about his not-so-great experience with Avengers: Age of Ultron, and that he’s made a clean break from Marvel, including having no input in Phase 3.

Ultron has been the most complicated response I’ve gotten, and the way I deal with it is becoming fetal for about eight months [audience laughter]. I fucking have no spine or self-identity or anything, and it’s horrifying. It sucks… But I’ll be okay… Later…

Disney confirmed Indiana Jones 5 “will be coming”, like it or not! Eh, I guess more money for Harrison Ford. And Disney does have to squeeze all the money they spent on buying Lucasfilm back!

George R.R. Martin apologized on his Livejournal for the fact The Winds of Winter will definitely not be released before the Season 6 premiere of Game of Thrones.

Check out this new X-Men universe cast photo, courtesy of Empire Magazine! Hey, Oscar Isaac! Looking good without all the god-awful Apocalypse make-up! And I like Channign Tatum’s shirt! 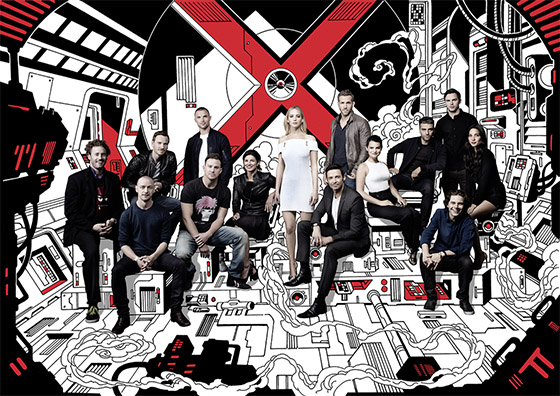 Did you know Rogue One: A Star Wars Story is 2016’s Most Anticipated Movie! According to a survey conduced by online ticketing service Fandango, at least. Well, it’s not really a surprise. It IS a Star Wars movie, even if it’s a spin-off. But that also makes it more interesting, since it could be anything! And scary… oh god, it could be anything! Like Episode I! Other anticipated movies include Finding Dory, Batman v Superman: Dawn of Justice, the untitled Jason Bourne movie and Captain America: Civil War.