Greetings, fellow fangirls and fanboys! This week we have magical news, news from outer space, and photographic evidence that many members of the Justice League are musically inclined! Here’s how the week started:

Misty Knight will make her first live-action adaptation in Luke Cage, and she will probably appear in the Iron Fist series too, considering the character has been linked to both characters. But, is Misty Knight getting her own Netflix series? Well, as much as we all love it,  Marvel Television’s Jeph Loeb said that they “have to be careful that we’re not becoming the Marvel channel on Netflix”. As for the actress that will bring Misty Knight to life? Simone Missick will be game for it!

Somebody put it on Twitter that they want to see a Misty Knight series with Shonda Rhimes as one of the writers. I was like, ‘Hell yeah’. How cool would that be? If you say it, if you put it out there, maybe it will happen. Tweet it, and it will come.

Here we have some cool character portraits for Gotham season 3, with new characters and old! And, well, I am indeed giddy we’ll get to watch new Batman villains like The Court of Owls, Mad Hatter and Solomon Grundy; I’m less excited about the fact that they decided to recast Poison Ivy, who was played by 14-year-old Clare Foley, and now will be played by 28-year-old Maggie Geha. It was revealed that the character finds herself “reborn as a 19-year-old woman who’s harnessed the full power of her charms and sets her sights on Bruce Wayne”. Which, frankly, sounds seriously creepy. Here’s my fav Robin Lord Taylor as Oswald Cobblepot/The Penguin, and Maggie Geha as the new Poison Ivy: 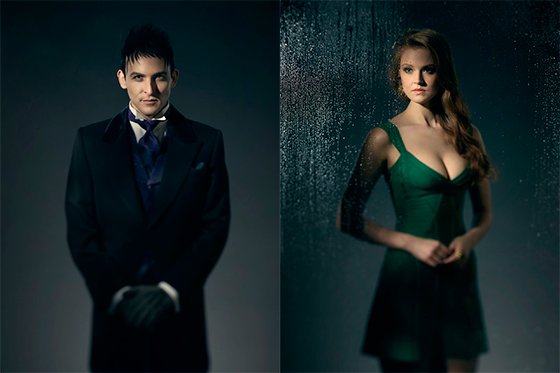 Brie Larson shared a cool picture on Twitter where she was shown wearing an awesome Captain Marvel jacket while reading the Captain Marvel comic series by Kelly Sue DeConnick and David Lopez. 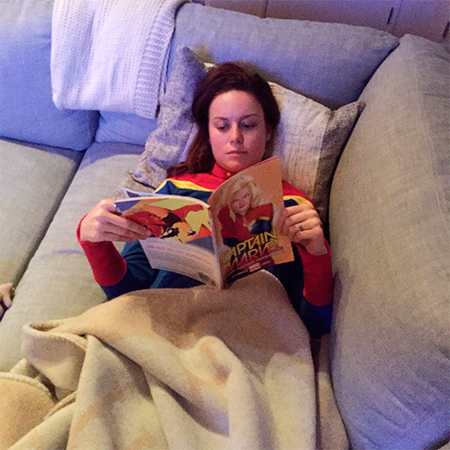 Here’s the cool new poster for Luke Cage! Behold Mike Colter as the titular character in all his superhero bulletproof glory! Get ready for Luke Cage on Netflix on September 30th! 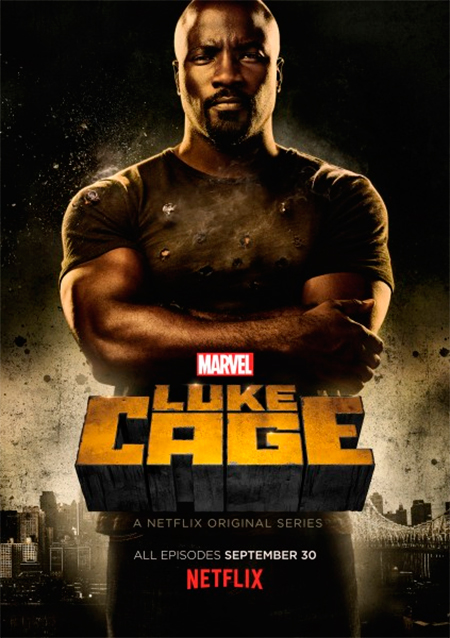 We’ll see a proto Killer Croc and a a forerunner of Harley Quinn in Gotham, according to the executive producers. So, what does that mean? It means they can bring on a character with the same traits as the villains without actually giving them their infamous comic book villain names, just like they did with Cameron Monaghan’s Jerome Valeska who many of us assumed was the “proto version” of The Joker.

It bested anything that we could have expected. The marketing campaign was brilliant and the performances by the cast, starting with Will Smith, Margot Robbie, and Jared Leto, were just extraordinary. They’re fun and wicked and fans enjoy it.

Rumor has it that Warner Bros. has put a Man of Steel sequel into active development. According to some source: “Superman is a top priority for the studio and getting the character right for audiences is of tantamount importance”. As of right now, Warner Bros. has claimed two dates for as-yet-unannounced DC Films: October 5, 2018 and November 1, 2019. So maybe this film and the Ben Affleck’s solo Batman film we are totally getting that also has no release date yet. I do wonder if those rumors of George Miller directing the Man of Steel sequel will resurface.

Rogue One director Gareth Edwards talked about this Force-sacred world called Jedha which will become a sort of holy land combat zone.

There’s something very important in Jedha that serves both the Jedi and the Empire. It felt very much like something we could relate to in the real world.