Netflix is releasing two volumes of music from Stranger Things! Volume One features the original Carpenter-esque score from Kyle Dixon and Michael Stein. Volume Two is still a mystery, but apparently it will be more of a compilation soundtrack. The show has featured classic 1980s-era tracks like Foreigner’s “Waiting for a Girl Like You” and Toto’s “Africa”, so yep, I hope for that in Volume Two. 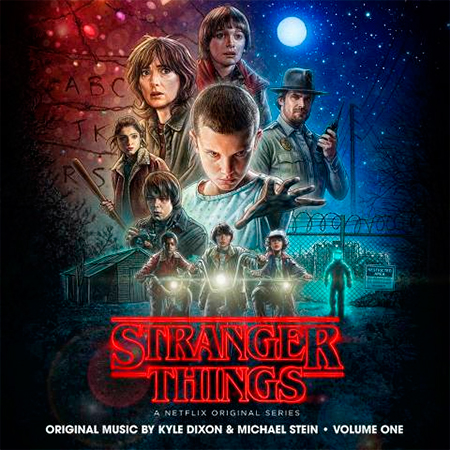 OMG! We are getting a Rocko’s Modern Life TV movie, to be premiered on Nickelodeon. The one-hour special will have the shows’ original creator, Joe Murray, as an executive producer and co-director. The timing of this announcement was quit special, since August 11 marked the 25th anniversary of the Nicktoons brand.

Something we’ve been wondering, considering both lead characters and various members of the cast have singing experience, has finally come true: The Flash and Supergirl will stage a musical crossover (that is a sepparte thing from the Four-Show team-up they will have with Arrow and Legends of Tomorrow). At The CW’s Television Critics Association summer press tour presentation on Thursday, the executive producers revealed we are getting two musical crossover episodes in the back half of the season, around episode 13 or 14.

Talking about The CW’s superhero series, CW Seed is introducing a new animated series with Freedom Fighters: The Ray, based on another DC Comics character. And so, The Ray will be the first gay superhero to lead a show when he debuts in 2017. So what’s about?

Raymond “Ray” Terrill was a reporter who discovered a group of government scientists working on a secret project to turn light into a weapon of mass destruction. But before he could report on his findings, the project head exposed Ray to a “genetic light bomb.” The bomb failed to kill him and instead gifted Ray with light-based powers. With these abilities, Ray realized he could go beyond reporting on injustice – he could take action to help stop it. Calling himself The Ray, he was recruited by Uncle Sam and the Freedom Fighters to fight violence and oppression wherever it exists. 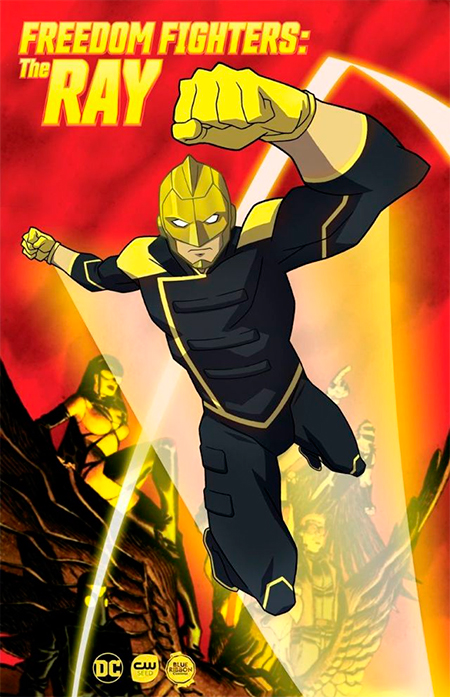 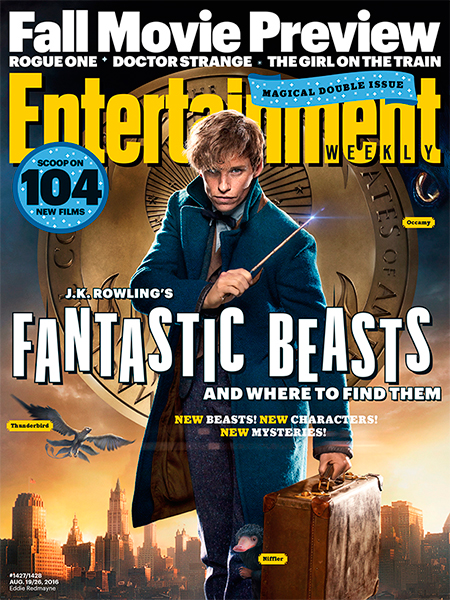 And talking about those Fantastic Beasts, here’s a gallery with many of them! Like the adorable Niffler, which looks like a cross between a mole and a duck-billed platypus and it’s attracted to anything that glitters! Or the Bowtruckle, a small creature that looks like Baby Groot and spends its days guarding trees that wands are made of. Or the Demiguise, which looks like a silver-haired money with big black eyes, who becomes invisible at will and whose hair is what Invisibility Cloaks are made of!

On other Harry Potter related news, we are getting three new tie-in books! For those of us who love behind-the-scenes books we get J.K. Rowling’s Wizarding World: Movie Magic Volume One: Extraordinary People and Fascinating Places. For those who like coloring books we get Harry Potter: Winter at Hogwarts: A Magical Coloring Set. Finally, for the kids (and me) J.K. Rowling’s Wizarding World: A Pop-up Gallery of Curiosities. I kinda want them all, but specially the Pop-up one!

Doctor Strange debuted a couple of new pictures on EW’s newest issue, that also included an interview with Benedict Cumberbatch, who talked about the Sorcerer Supreme’s real superpower: dude just won’t quit. He’s broken, he gets up again! Such endurance!

Zack Snyder shared a behind-the-scenes shot of Jason Momoa playing a guitar in his Aquaman costume! And I would buy that album. And then Momoa shared his own behind-the-scenes snaps where he’s jamming with his co-stars Ezra Miller and Gal Gadot in his trailer. 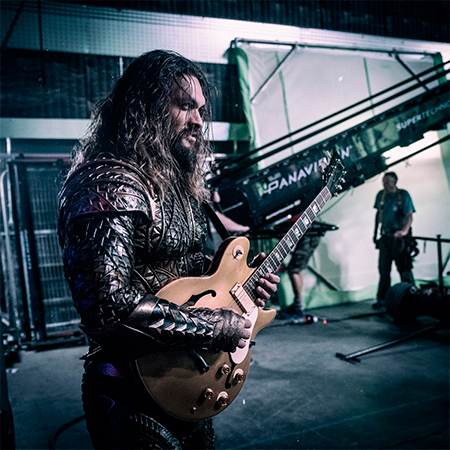 And that’s it for the week. Before I go, I want to wish Happy Birthday to Vera Farmiga, Michelle Yeoh, David Duchovny, Charlize Theron, Viola Davis and Chris Hemsworth! 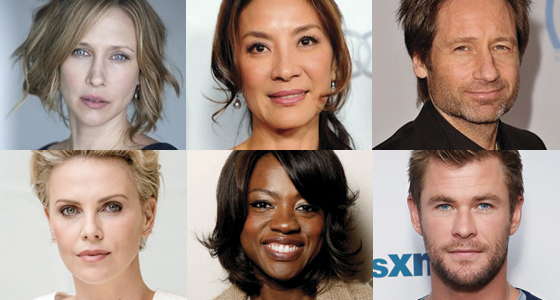