Now it’s #TeamIronMan’s time to show off with these Captain America: Civil War character posters! Here are a couple of them: 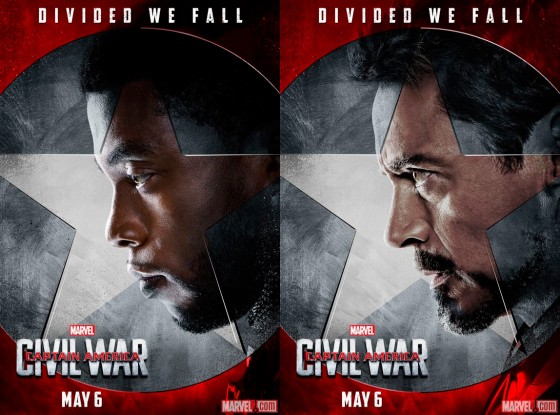 As part of the promotions, many members of the cast have been giving interviews this week. Robert Downey Jr. got to be a bit (a lot?) egocentric and said Captain America: Civil War “it’s like my little Iron Man 4“. He also added that Tony Stark won’t go full villain in the movie, and if they ever go there, they’ll “save it for my swan song” On the other hand, Elizabeth Olsen talked about the connection between The Vision and Scarlet Witch in the film… which is basically the mind Stone. So, no romance (yet?), but their link will still be special! And talking about The Vision, according to screenwriter Stephen McFeely, the hero will discover his limitations (and will have some problems with the modern world).

Seems that CBS has renewed Supergirl for a second season! Congrats!

Here’s the new trailer for Game of Thrones Season 6, with a cool rendition of “Wicked Game” by James Vincent McMorrow:

Disney has announced a Tangled TV series with the name Tangled: Before Ever After… and for some reason, Rapunzel’s hair is long and blond again. Here’s the info we have:

Set to bow next year, Disney Television Animation’s Tangled: Before Ever After is set between the events of the film and the start of the 2012 short Tangled Ever After and follows Rapunzel as she acquaints herself with her parents, her kingdom and the people of Corona. 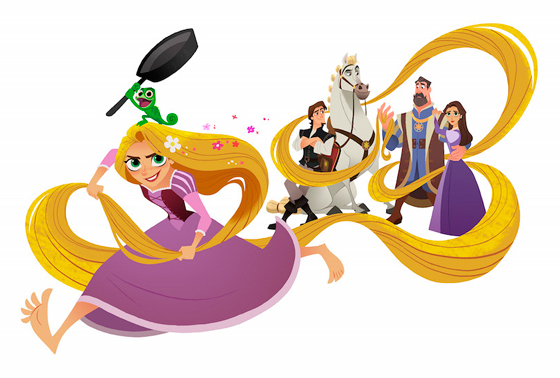 It’s been a while since I’ve seen the MTV Movie Award in its entirety, but I am still interested on who wins (and the geeky stuff and promos that turn up), and for that I need to know who’s nominated. And Star Wars: The Force Awakens and Deadpool got a lot of love! But where’s Mad Max: Fury Road‘s nom for “Best Movie of the Year”, MTV?!?!

The poster and the plot description for The Flash and Supergirl crossover was revealed. And damn, that poster is totally an homage to the Superman comicbook issue #199 where he races against Flash.

“Worlds Finest” – Kara gains a new ally when the lightning-fast superhero The Flash (Grant Gustin) suddenly appears from an alternate universe and helps Kara battle Siobhan, aka Silver Banshee, and Livewire in exchange for her help in finding a way to return him home, on Supergirl, Monday, March 28 (8:00-9:00 PM) on the CBS Television Network. 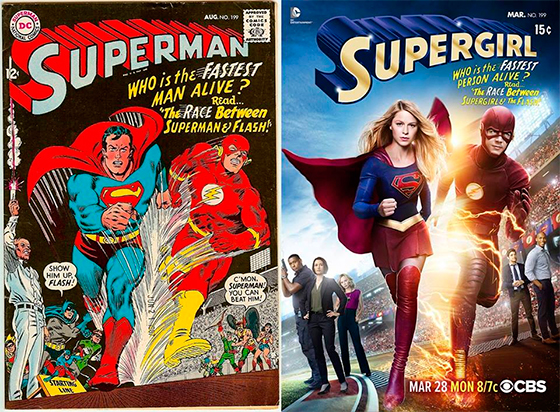 Henry Cavill has a long and lovely interview with EW about Batman v Superman: Dawn of Justice, and there he talked about his appreciation of Red Son, which is one of my favourite Elseworlds stories!

I think the offbeat stories are great, and I read Red Son in particular before I did Man of Steel, to get an idea of the baseline of the character because despite the fact that it’s offbeat and he’s grown up in a completely different environment, the character is still, at it’s very core, the same thing, and I love that

It was a time for Suicide Squad posters! We have director David Ayer revealing a new poster via Twitter, and then the official Twitter account of the film shared a series of Harley Quinn’s tattoo parlour character poster designs. Here are a couple of them (and the new poster):

But X-Men: Apocalypse was also ready for some poster action, and shared two of those. One with the Four Horsemen of Apocalypse (and their leader), and another with the X-Men team in full. Frankly, I like the bad guys poster better. 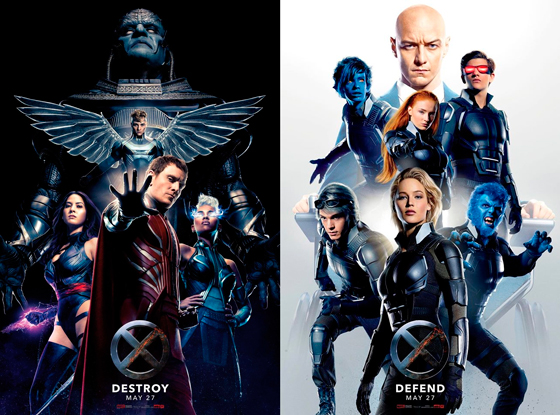 Hey! That Han Solo standalone movie is totally getting Chewbacca, confirmed Disney’s Bob Iger. Well that’s fantastic news! I kind want to know their first encounter and how their relationship was at the beginning!