The Fangirly Diary of a Geek Girl: For auld lang syne, my dear

Liam Neeson strips for charity on The Ellen Show and I aprove:

That Laura chick needs to calm her tits. Then again I am not sure how I would react if I were to meet one of the Ginger Princes aforementioned nearly naked.

So rumor has it Dreamworks may want Benny Cumberbatch to play Julian Assange for the biopic… that’s cool and all, but what happened to their conversations with Jeremy Renner? Oh well.

Rumors for the casting of (allegedly) Sharon Carter for Captain America: The Winter Soldier give us a possible short list of five ladies: Jessica Brown Findlay (Downton Abbey), Emilia Clarke (Game of Thrones), Teresa Palmer (I Am Number Four), Imogen Poots (Fright Night) and Alison Brie (The Five-Year Engagement). Just pick the one that looks like Hayley Atwell’s Peggy Carter the most, yo!

The Lone Ranger is moving forward, now releasing picture after picture, and even a teaser poster that makes you think more of Johnny Depp’s Tonto than Armie Hammer’s Lone Ranger himself.

We also get two new The Hobbit: An Unexpected Journey posters. First, one full of floating bodies of the main characters. Then another, showcasing all the members of the White Council in pretty Rivendell.

Finally, Daniel Radcliffe looking great in Horns [1]. Yes, that was a lame pun. Shut up. 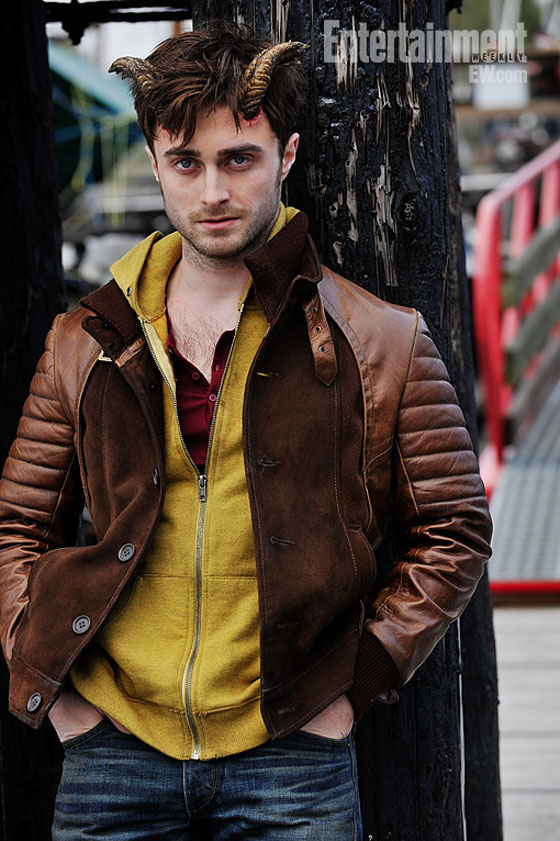 Ok, so I usually don’t fangirl over music but Smashing Pumpkins is getting a deluxe reissue of Mellon Collie and The Infinite Sadness, and damn I had flashbacks of my preteen years.

Yes, we get it. You love the guy. I do too, Tom, but control your excitement! He also shared this lovely picture of The Hollow Crown days on his Twitter to remind us the DVD is out.

We have an official date for Iron Man 3 teaser trailer! And despite sounding like Hiddles, I am uncontrollably excited! The date? October 23rd! And the day before we also get a poster!

Ok, so it was the press night for new West End show Our Boys, but it looked like a Doctor Who reunion. Ex-Doctor David Tennant and current Doctor Matt Smith were there to support ex-companion Billie Piper, as they watched her husband Laurence Fox on stage. 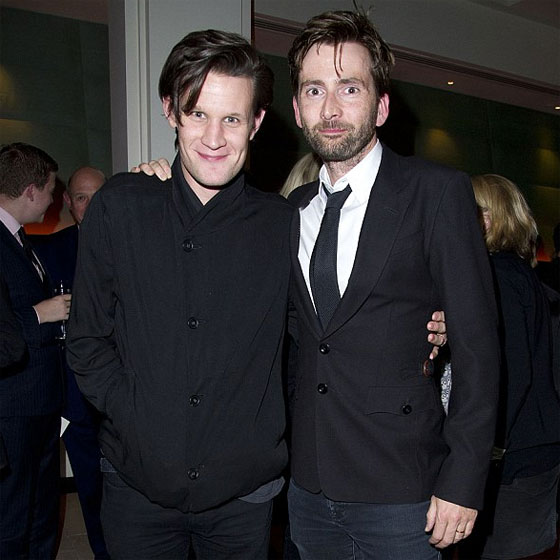 Arthur Darvill (recent ex-companion) and Matthew Lewis (Neville Longbottom in the Harry Potter movies) were also in the play.