There’s a thing called Disney Movies Anywhere that launches on iTunes… that has 400 Disney, Pixar & Marvel movies and allows you to browse, buy, manage and watch movies on PCs and iOS devices using an app or website. If I could whistle, I would! 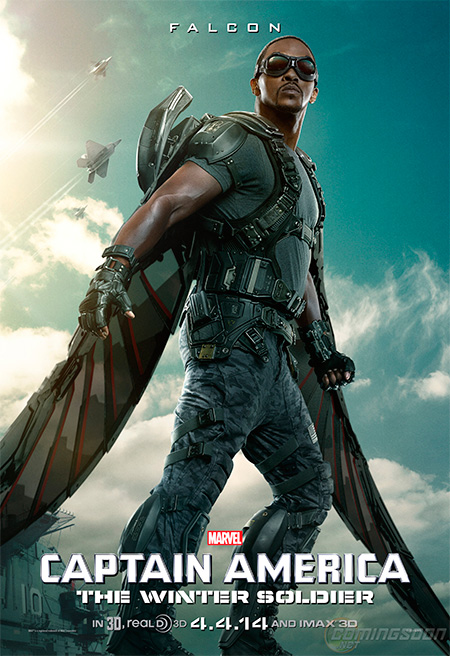 Jason Momoa confirms that he did audition to be Drax in Guardians of the Galaxy, but he turned down the role. And it totally wasn’t about money, you guys! He just didn’t want to be typecasted… then why the hell did he audition for anyway? Whatever, fine, I made my peace with him not being part of the MCU, and Bautista as Drax has grown on me.

Dave is perfect for that role, for Drax. It didn’t really fit in my time because I’ve done so many things where I don’t say much and I’m colored up and I have my shirt off again. I made a conscious choice to turn down some movies that were action-based to direct Road to Paloma so people could see that side.

Kevin Feige talks about Doctor Strange and that it could be (or not) the next movie after Ant-Man, and that they don’t need star power but wouldn’t mind some star to lead the movie.

Doctor Strange would be our — well, depending on when we make it, it could be our 13th, 14th, 15th movie, right? I think if you’re looking to track our decision-making and how we’ve done things, we have a pretty wide track record now where you can sort of see. So, no, a movie star is not required, but that doesn’t mean a movie star wouldn’t be great.

A couple of Spider-Man news from the same article from Variety: Marc Webb was confirmed to direct The Amazing Spider-Man 3 and Sony will release a Spider-Man universe movie every year, which will definitely include Sinister Six and Venom. *sigh* Marvel ain’t getting back Spider-Man ever. I guess they won’t make an Avengers movie about Civil War.

Here are the Godzilla covers from Empire Magazine!  They have a regular issue, a super-sized issue (which looks like regular, except the magazine itself is nearly 30% bigger), and the subscribers’ version. 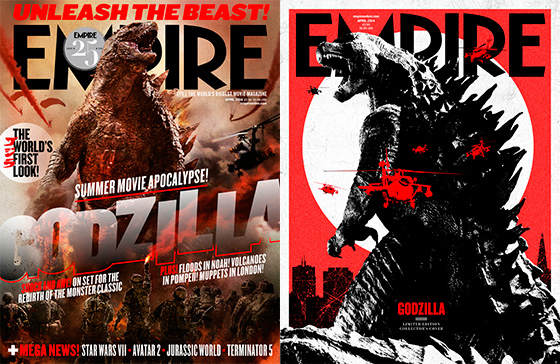 One of the things when you’re a writer or director in the Marvel universe. is you come in, you leave some tasty morsels dangling at the end, and maybe you’re the one who comes in and picks them up again next time, or maybe it’s someone else, or maybe they just hang there awhile and that’s fine too. That’s all you can really hope to do. Unless you’re Joss [Whedon] and you’re making Avengers 2 and 3, and then you have a pretty good idea if you’re making the next one or not.

On totally factual Marvel/Disney news, The Defenders is totally happening and are four 13-episode series, about Daredevil, Jessica Jones, Iron Fist, and Luke Cage solo series, and after that altogether in The Defenders, a four to eight episode mini-series. The four Marvel series for Netflix (and presumably The Defenders too) will be shot on-location in New York City.

Here’s an article on what I hope is a fake script of the first episode of Gotham. Because while it seems it could have potential, it currently sucks.

Here’s the first-look at the pretty pretty concept art of Book of Life, which for the Guillermo del Toro produces~ And you know why it’s awesome? Because co-writer and director Jorge Gutierrez actually wants that the final art looks exactly like the concept designs!

I saw every single one that comes out and my biggest heartbreak is that I see all this glorious art, and then the movie doesn’t look like that! The mandate of this movie was: Our ‘Art of’ book is going to look exactly like the movie. And every artist poured their heart and soul into that idea. 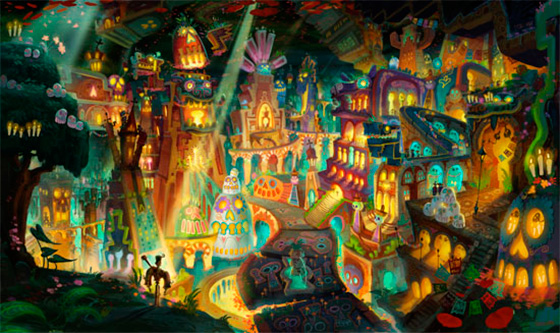 And here’s a synopsis:

Set on the Mexican holiday the Day of the Dead and [the movie] tells of a young man named Manolo who is torn between what he wants to do (play guitar and win the heart of the girl of his dreams) and what his family wants him to do. He ends up traveling across three different worlds to find himself.