Rogue One: A Star Wars visual guide had some pages leaked. Right now they have been removed from most news places, but some traces linger on Facebook. We did got some character names and descriptions though! F.e. Diego Luna is Captain Cassian Andor (Yay for not being related to Poe! Seriously guys, not all Space Latinos are related!) and Donnie Yen is “a spiritual warrior”. On the bad guys side we have Ben Mendelsohn looking damn fine as Director Krennic. Also, there’s Darth Vader’s big ass helmet in the art depicting the supposedly main players in the story. So yep, dude has at least a small part in the film! 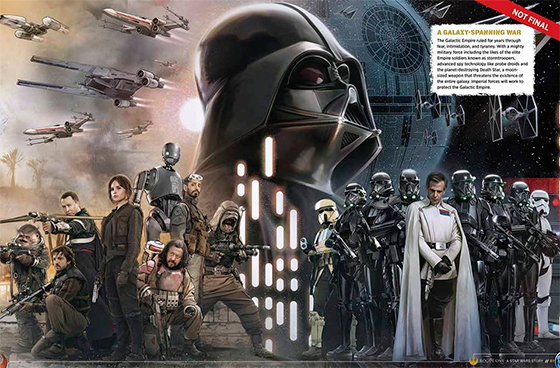 Jon Favreau’s The Jungle Book is out and is doing great both critically and financially, but what about Andy Serkis’ version? Well, dude was in Cannes securing the last of the financing of another film, Breathe, and Vulture got to talk to him about his Jungle Book~

Ours is for a slightly older audience… It’s a PG-13, more a kind of Apes movie, a slightly darker take, closer to Rudyard Kipling’s. […] It’s great to scare kids in a safe environment because it’s an important part of development, and we all loved to be scared as kids, so we shouldn’t overly protect them.

Sherlock series 4 news! OMG! It’s been a while since we had one of those! Toby Jones joined the cast, “bringing to life one of Doyle’s finest villains” in the second episode of the three episodes. Well, we had Moriarty, Milverton(“Magnussen”) and Irene Adler. Love Toby, but he doesn’t seem a Sebastian Moran…  so Baron Gruner? Grimesby Roylott? Yeah, I got nothing.

DC has got a new logo and it is… a thing that exists. I am not too keen on it, and it looks very generic. I mean the peel logo they had until now that kinda looked like a toilet seen from the ceiling, but I guess it had character. Anyway, the logo will debut on May 25 on the cover of the highly-anticipated DC Universe: Rebirth Special #1 by Geoff Johns.

So yeah, that new DC logo? Many people didn’t like it (surprise, surprise), and DC co-publisher Jim Lee was the one to step up and defend it with bullshit reasons on Instagram. I mean, even if it’s true, it is still bullshit.

The nooks and angles are meant to evoke the Superman ‘S’, the Wonder Woman ‘WW’ emblem and the Bat logo.

But that wasn’t the only damage control happening in DC related places! Jon Berg and Geoff Johns will now co-run the newly created DC Films in an attempt to course-correct Warners’ comicbook movies! So all that talk about Warner being proud about Batman V Superman: Dawn of Justice coming through was just that, talk. Warner wasn’t happy about the critics’ reception. And I bet they aren’t happy Captain America: Civil War is making more money than them in less time. Anyway, good luck, Berg and Johns!

Oscar Isaac got interviewed by Rolling Stones, and besides interesting info about his career and personal life, Poe talked a bit about his bigger role in Star Wars: Episode VIII. This charming pocket prince confirmed he’s “basically Star War-ring until 2020.”

In the new film, there’s a lot more to do […] What happens now is the heroes get tested. All three of themget tested immensely […] BB-8’s doing all right. BB-8 gets tested too! Everybody gets tested! It’s the dark second chapter, but not really dark. 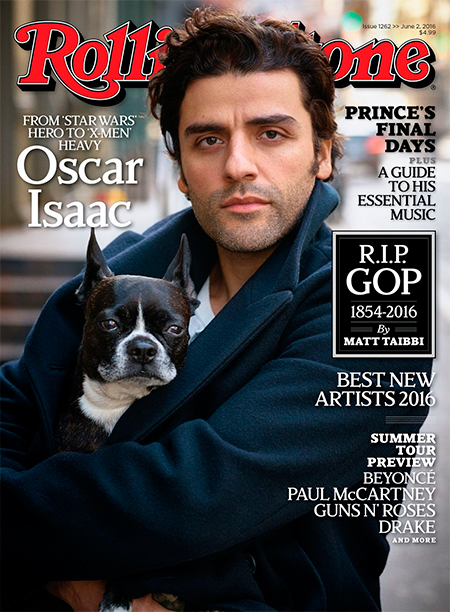 On the side of space geekiness, we saw the first teaser trailer for Star Trek‘s new TV series! It shows basically nothing but space and a logo. That said, I still teared up when I heard Alexander Courage Star Trek‘s theme. I have a lot of feelings about that theme, ok? It just feels me with joy and hope! Crossing my fingers that the new show will be good. I mean it’s CBS so ugh, but still! Here’s some extra info I found about it. Not much, but it is something!

Although no official details have been released regarding the new show, a report last month from Birth.Movies.Death claims that the series will be set in the original Star Trek canon and will function as an anthology series, moving throughout the Star Trek universe’s rich future history season to season. The new Star Trek series trailer certainly seems to hint at the latter, promising a plural “New crews.”