Greetings, fellow fangirls and fanboys! This week we had first looks, new looks and casting news! Specially casting news from Thor: Ragnarok! Ah boy, did that hyped me up! Here’s how the week started:

Here’s our decent first look at Krang! That ugly mofo from Dimension X is seen emerging from his robo-shell in a new Teenage Mutant Ninja Turtles: Out of the Shadows TV ad. Here’s a screengrab:

Michael Fassbender has been filming Alien: Covenant, and he took a moment to talk about said film. We are in for “great sets and aliens coming out of people”! And that’s all I can want in an Alien movie. Also, apparently in Ridley Scott’s future we eat lots of noddles, “because that seems to be the cheaper food and something that will fill you up”.

The shooting of Trainspotting 2 started, and we got a nostalgic teaser out of it~

Warner Bros. is developing a Harley Quinn movie. OMG! Yes, it would be a spin-off to Suicide Squad, so Margot Robbie will be there… and she’s also producing! Also, The Hollywood Reporter claims that the project is not a Quinn solo movie. In fact, it would focus on several of DC’s female heroes and villains, and Batgirl and Birds of Prey have been named. That sounds fun and all, but Poison Ivy better be in it, dammit!

Talking about female-led comicbook movies, Bryan Singer said he pitched X-23 for that X-Force movie they will make… eventually. X-23, a.k.a. Laura Kinney, is a Wolverine clone BTW. Well, Hugh Jackman ain’t gonna be forever and I don’t mind a female Wolverine at all.

Welp, Ryan Coogler said Black Panther will be his most personal movie yet. But Coogler also had a great connection to Creed‘s story. He has a lot of feels about the movies he does, I guess. And right now, his feeliest feels are Black Panther feels. Congrats on being able to work with Marvel without compromising you view, Ryan!

It’s going to be my most personal movie to date, which is crazy to say, but it’s completely the case. I’m obsessed with this character and this story right now, and I think it’s going to be very unique and still fit into the overall narrative that they’re establishing.

Here’s our first look at Idris Elba in The Dark Tower. He looks as you would expect a cowboy to look. A good-looking cowboys, that is~ 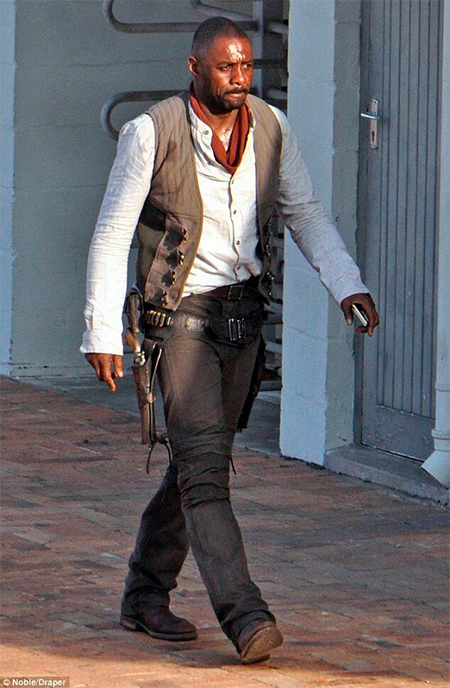 Dudes from Collider got to visit Industrial Light & Magic (ILM) to learn about the visual effects behind Warcraft. There’s a lot of talk about animating orcs, specially in order to take them out of the Uncanny Valley.

Talking about special effects, check out these side-by-side comparisons of the actors and their CGI character in Warcraft. And because not all of them are orcs (as interesting and unique as they look), here we have two non-orcs CGI characters, a draenei and a dwarf! 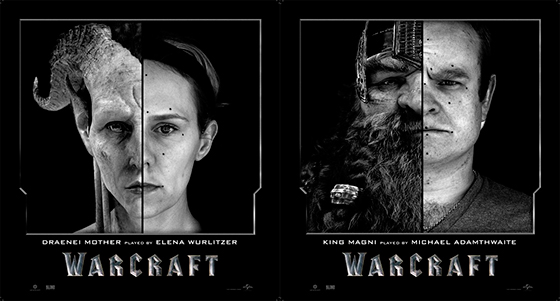