Greetings, fellow fangirls and fanboys! This week we had two great casting news, for Black Panther and for Star Trek: Discovery! We’re also getting ready for Rogue One: A Star Wars Story, and we got some explanations about Fantastic Beast and Where to Find them. Here’s how the week started:

Check out Empire Magazine’s Rogue One subscribers cover with all the Death Star schematics, complete with superlaser details and technical writing! Sadly, I am not nerd enough to read Aurabesh. Yep, quite the appropriate cover considering stealing those plans IS the mission! 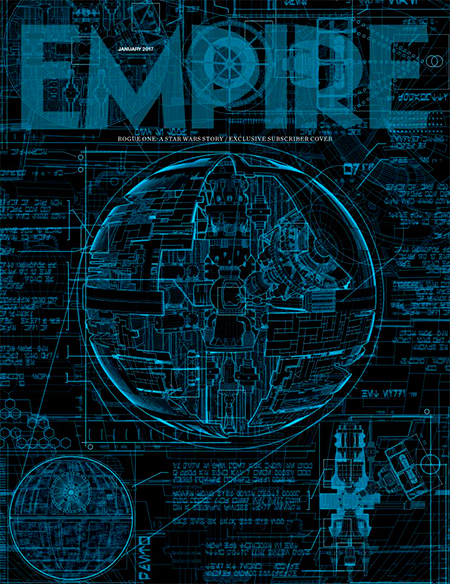 It came as a surprise that Fantastic Beasts and Where to Find Them dominated the box office this weekend, said no one ever. It got $75 million in its first three days in US, which is lower than any of the Harry Potter movies, but it’s not bad at all. The movie, which cost $180 million, would easily got their first $200 million worldwide too.

Continuing with the theme, producer David Heyman explained to Collider why they cast Johnny Depp as Gellert Grindelwald. Frankly, I would rather have Depp as Graves and Colin Farrell as Grindelwald, even with the bad dye job to make him blond! We could have had it all~

Angela Bassett will be in that little movie full with fantastic black actors, the one called Black Panther. Yep, we will get Angela Bassett on the big screen as Ramonda, mother of T’Challa, aka Black Panther. Well, technically she’s the surrogate mother T’Challa and mother to Princess Shuri. But MCU is different than comicbooks, so I accept this new canon without problems!

Anyway, check out these brand new 15 pictures from Rogue One, courtesy of Entertainment Weekly! They also come with useful information on all the major players of the story. Here are some Deathtrooper commandos looking menacing while they walk in formation~ 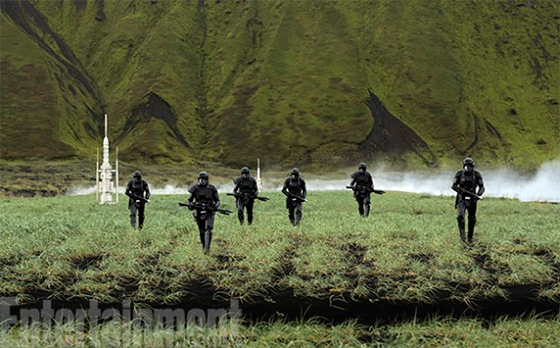 You know that Inhumans TV series whose first two episodes would debut in IMAX theaters? It is expected to consist of eight episodes, and action sequences in the series will also be shot using IMAX cameras even though those other episodes won’t be in IMAX theaters. For now~

But not everything was happy news that day, a frankly shocking teaser for Cars 3 appeared! Yep, that’s Lightning McQueen involved in a realistic car crash. Damn. I mean, this could be a dream sequence. But still, damn!