Habemus first cast member of Star Trek: Discovery! And it’s no other than fantastic Michelle Yeoh! We have yet to know who she will play, but could totally be that lead character referred to as “Number One”, who will be a female, human, non-captain Starfleet officer!

Back to Star Wars, Empire Magazine finally revealed their non-subscribers Rogue One covers. Yep! Covers! As in six covers, each for every new heroe from the Rebellion! 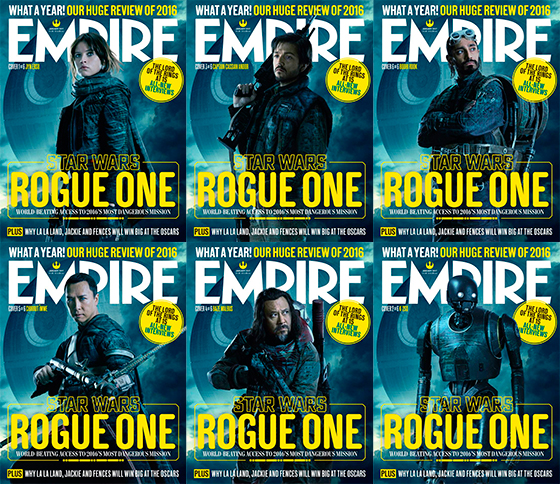 Also, Rogue One is tracking for huge $130M-plus in their US debut! Some of the most enthusiastic tracking services even show the film approaching $150 million in its domestic launch! A less positive one has it opening in the high $120-million range, which is sttill not bad at all! Get all the money, Star Wars! 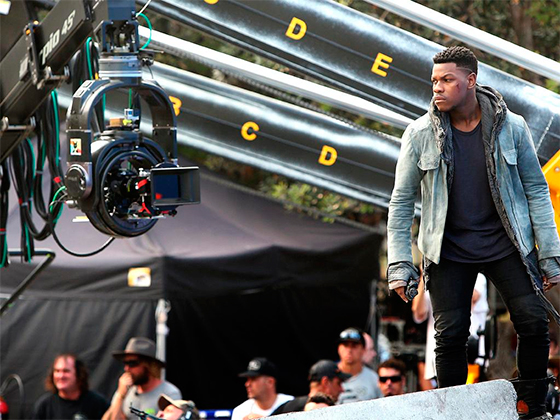 You don’t hire Zoe Kravitz just so she can appear in a magical picture, so it comes as no surprise that director David Yates confirmed her larger role in the sequel of Fantastic Beasts and Where to Find Them. Kravit’s character, Leta Lestrange (and that’s an ominious last name, if you are a Potterhead) is Newt Scamander’s ex-girlfriend/best friend/friends with benefits, and she might be the reason Newt got expelled from Hogwarts. Anyway, here’s what Yates had to say:

Yes. Leta Lestrange comes into the second movie. She’s quite complicated and damaged and confused and Newt is absolutely still in love with her, so she has a kind of power over him, and she, yeah, she’s a kind of tragic figure, so we will see a bit more of her in the second movie.

David Leitch may have landed Deadpool 2, but his John Wick co-director Chad Stahelski ain’t doint too shabby. Dude has landed the Highlander reboot, and he’s mighty happy about it! So yay, the project is finally moving forward and, hopefully, out of development hell!

I’ve been a huge fan of the original property since I saw it in high school. Such great themes of immortality, love, and identity are all wrapped up in such colorful mythology. I can’t think of a better property that gives the opportunity to create interesting characters, mythic themes and action set pieces.

Another guy who ain’t doing too shabby is Tom Hiddleston, who might work with Ben Wheatley (High-Rise) again in the adaptation of the comicbook series Hard Boiled. Warner Bros. is in negotiations to acquire the rights and wants Wheatley and Hiddles in it. So, what’s it about?

Carl Seltz is a suburban insurance investigator, a loving husband, and devoted father. Nixon is a berserk, homicidal tax collector racking up mind-boggling body counts in a diseased urban slaughterhouse. Unit Four is the ultimate robot killing machine – and the last hope of the future’s enslaved mechanical servants. And they’re all the same psychotic entity.

And now for an adaptation from movie to comicbooks, we are getting a sequel to The Dark Crystal called The Power of the Dark Crystal, which will consist of 12 issues. The first issue which will launch online and in stores in time for the film’s 35th anniversary on February 15, 2017. 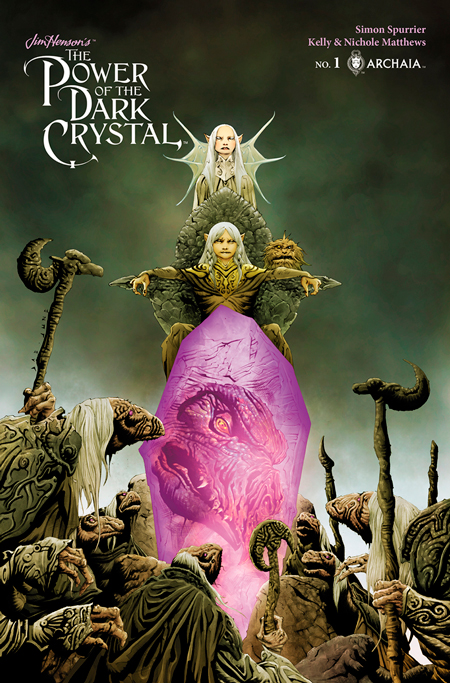