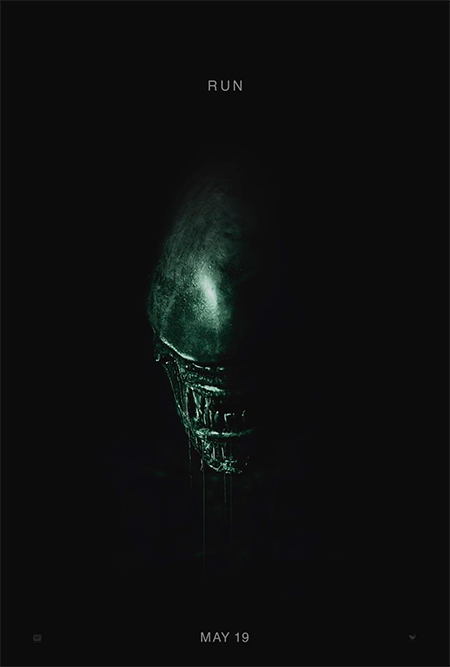 Here are some of the final promos from the DC TV universe mega crossover titled “Invasion!” ~ As you should know, the event takes place over four nights through all shows: The Flash, Arrow, Supergirl, and Legends of Tomorrow, just like a good old classic comicbook crossover. So what’s it about? An alien species called the Dominators come to Earth to eliminate the threat of meta-humans before they can spread. All the heroes must join together to put an end to their… domination.

And here we have some lovely pictures of Sherlock series 4, including this one where Sherlock apparently has no info on his mind palace for “babies”. Series 4 will start on January 1, starting with “The Six Thatchers”. 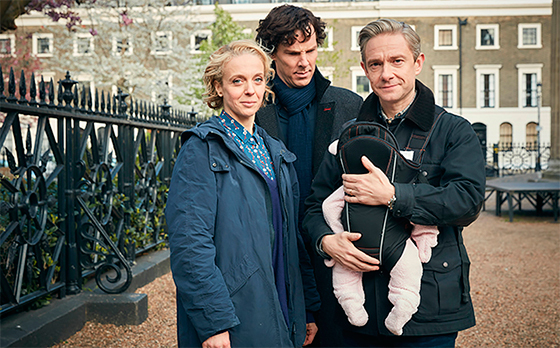 Empire Magazine regaled us with Ben Mendelsohn talking about his Rogue One character, Director Krennic:

He is truly a man that has made his own way up the chain through his own abilities. His weapon, for instance, is a very old type of blaster, because he’s an old warrior dude. He’s been put in charge of making this thing happen. And it’s gonna get done!

Here’s a picture of Gaston creeping on Belle in a new Beauty And The Beast image, courtesy of Empire Magazine. Sure, giving flowers to the lady you are sweet on seems innocent, but this is Gaston we are talking about! Luke Evans himself said, “He gets as dark as any Disney character could possibly get”. And considering creepy-ass Frollo, then damn! 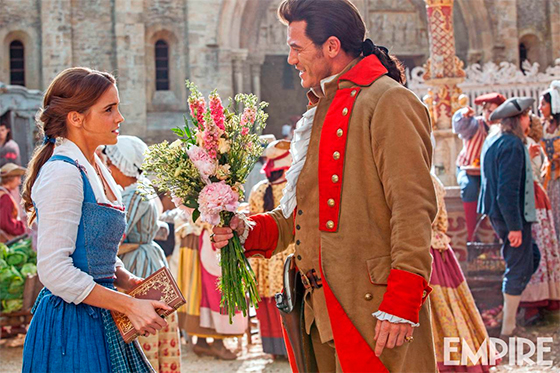 Michael Fassbender talked with Empire Magazine about his Assassin’s Creed character, Callum Lynch, who he describes as an anti-hero. Also, he explained things are not black-and-white in that film universe, unlike something like Star Wars~

This is very ambiguous morally. Both of these parties – the Templars and the Assassins – are hypocritical at certain points. There are not clear-cut good and bad charaacters. I think it’s a little more provocative for an audience to see that. You know, ‘Should I be feeling that? Should I be backing this character?’ That’s always fun.

Empire Magazine also released a couple of new pictures from Rogue One. One showing Bodhi Rook (Riz Ahmed) having to deal with some dodgy dudes. The other is of Baze Malbus (Jiang Wen) and Chirrut Îmwe (Donnie Yen), two rebels who are BFFs despite their differing outlooks.

Finally, the presale of Rogue One: A Star Wars Story tickets will start on “Cyber Monday”, almost 3 weeks ahead of the movie’s release date on December 16.

And that’s it for the week. Before I go, I want to wish Happy Birthday to Adam Driver, Ming-Na Wen, Mads Mikkelsen, Mark Ruffalo, Scarlett Johansson and Oded Fehr. 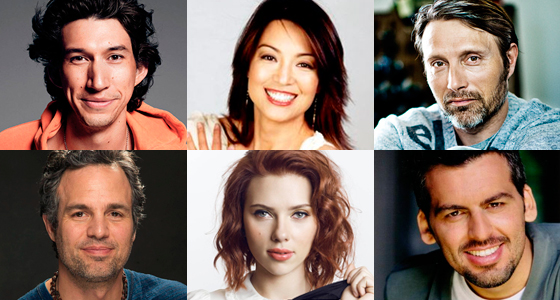