Greetings, fellow fangirls and fanboys! This week we got our first decent look at Beauty and the Beast… and a certain giant robot. But also, news from both wizards and sorcerers, besides clips, trailers and casting news! Here’s how the week started~

You know how Stan Lee filmed four Marvel cameos at the same time? Yeah, the one who directed them was James Gunn, according to Doctor Strange‘s director Scott Derrickson. Although James Gunn thinks he only did three of them. He also posted about the experience on his Facebook account:

And it was definitely one of the most fun times I’ve ever had on set. There are few people in this world I love and admire more and have more fun with than Stan Lee.

Seems it doesn’t matter if the superhero in question is virtually unknown by the general public, Marvel is unable to produce a flop. Doctor Strange debuted $86 million internationally! Congrats on the money, Marvel.

OMG! R. L. Stine revealed at an AMA that he’s creating a Marvel comicbook! He didn’t reveal much more info, but it will probably be a new series~

I’m writing a series of comic books for Marvel– my first comics ever. But I’m not allowed to talk about them yet.

In casting news, Deborah Ann Woll from Daredevil and Simone Missick from Luke Cage, will be reprising their roles as Karen Page and Misty Knight in The Defenders! 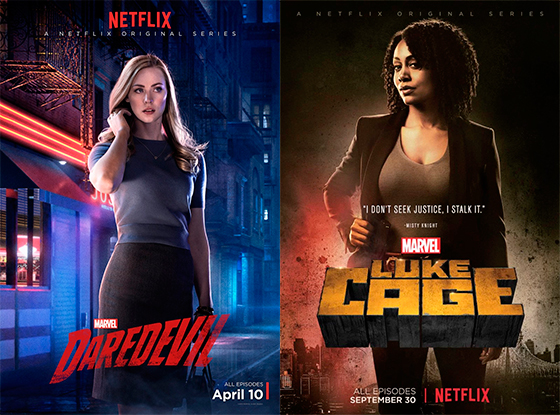 I remember watching The Worst Witch reruns back when in the day when the Harry Potter films first appeared. Of course the TV series was older, and the book series even older, but my uneducated self thought it was a cheap knockoff to Harry Potter (I also didn’t appreaciate British TV’s production values). Of course now I know better, and so I am appropriately interested in The CBBC’s new take on Jill Murphy’s book series, set to air in January 2017. The first images have been released, and damn is that Lyanna Mormont? Yep, Bella Ramsey plays Mildred Hubble, the titular worst witch. She doesn’t appear in this clip, but you can see a general idea of the series:

In Alien Convenant news, Michael Fassbender is to play two android characters! David, who somehow got a working body again, and Walter, a newer more humane model of David. Yep, those two won’t get along.