Entertainment Weekly regaled us with a Beauty and the Beast cover, where the titular characters are dancing the night away, most likely with “Tale As Old As Time” in the background. There were also some exclusive pictures that helped a lot in giving us an overall look at the film. I’m still not totally sold on how the enchanted servants or the Beast look, but I’m fine with the rest. Gaston in fact looks consistently great! But one thing I don’t like one bit is Belle’s dress. I’m sorry, but I have seen better cosplays, and where the hell are the gloves! I hope this is one of those things that looks better in motion. 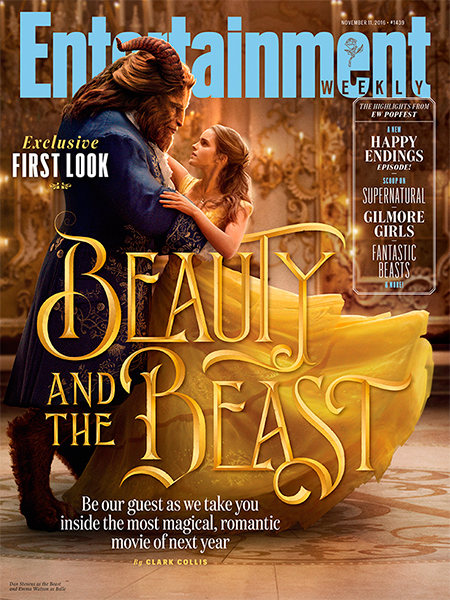 In Star Wars: Episode VIII news, the Skywalker men are getting make-overs! According to set spies, Luke Skywalker will be “wearing much darker clothes” than the grey cloak over white robes outfit he was wearing at the end of The Force Awakens.

His clothing is more akin to his outfit in Return of the Jedi, or even the look of Count Dooku in the prequels.

As for the current Skywalker drama queen, Kylo Ren will be taking his Darth Vader fanboying even deeper!

Kylo Ren is wearing a Darth Vader cape in Star Wars: Episode VIII. The cape is said to be like the one Darth Vader wears in The Empire Strikes Back/Return of the Jedi. However, the cape does not have the same chain clasp. It is not entirely clear if this cape is one Kylo made to resemble that of his grandfather’s or if he actually procured one of Darth Vader’s capes that probably fell into the hands of collectors in the Star Wars galaxy.

Disney won’t stop until they break the industry’s box office records! This year has been great so far with Finding Dory, Zootopia, The Jungle Book, and Captain America: Civil War. Disney already set records becoming the quickest studio to hit $5 billion globally, Doctor Strange is doing great, and they still have Moana and Rogue One: A Star Wars Story to look forward to! It’s very possible that they will beat Universal’s record of $6.89 billion from last year.

While we wait for Rick and Morty season 3, Adult Swim created a series of claymation shorts titled Rick and Morty: The Non-Canonical Adventures that put the science duo in famous scenes of movies like Ex Machina, The Thing, The Fly, Honey, I Shrunk the Kids, and Halloween.

Comicbook artist J. Scott Campbell, best known for his cheesecake art, created a much better Riri Williams art, that we all wished he would have drawn that in the first place instead of the now cancelled variant cover. I didn’t think the first art looked overtly sexualized, but it was indeed a subpar rushed work. So thanks, J. Scott Campbell for learning, giving it another try and sharing this beautiful drawing. Unlike those hacks, Cho and Manara. Also, if you want to see how will this look colored, here’s a fan coloring: 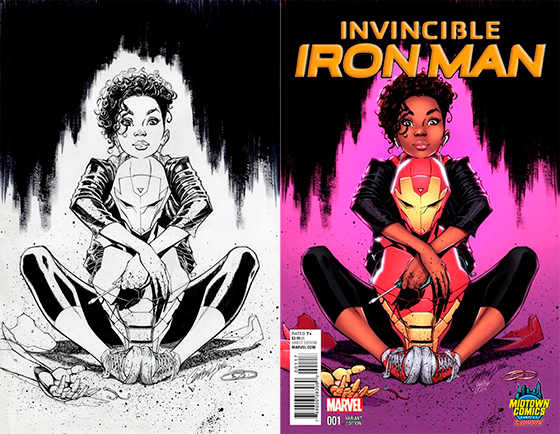