The Fangirly Diary of a Geek Girl: Back to the Force!

Greetings, fellow fangirls and fanboys! We had two things that rocked the geek world this past week. The new trailer of one of the most anticipated movies of the year, and a very important date for geekdom! Here’s how the week started:

The Dubsmash War is over and #TeamCarter won (which raised $79,259 for Stomp Out Bullying). All is good in the world~ Sorry, #TeamShield (which raised a more than decent raised $75,182 for St. Jude Children’s Research Hospital)! If you’ve missed any of their contributions, you can still check the Crowdrise page. 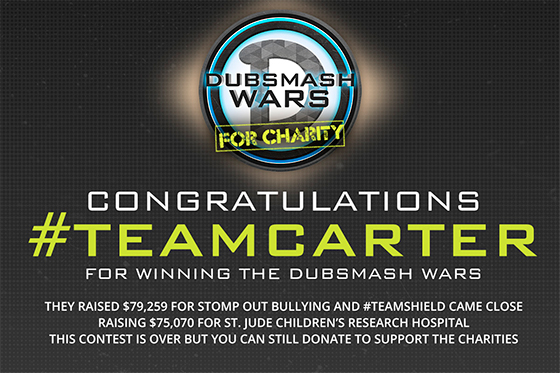 Here’s the new Star Wars: The Force Awakens official poster. Do you notice someone missing? Someone like Luke freaking Skywalker? Yeah, the Internet is up on arms for that~ 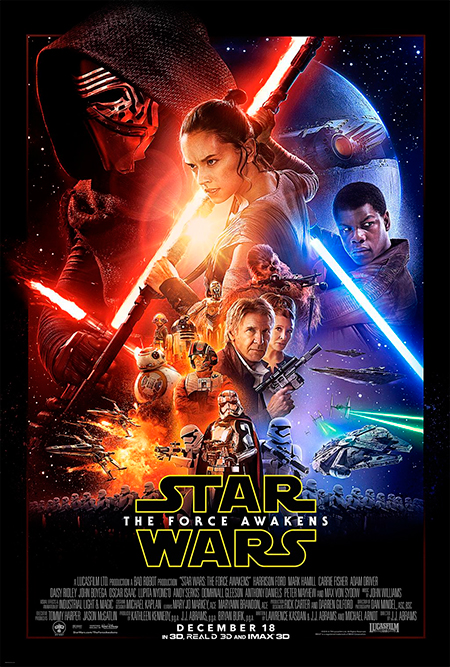 Here’s Maisie Williams in the trailer of “The Woman Who Lived”, the sixth episodes (of 12) from Doctor Who Series 9. This is a sort of continuation of “The Girl Who Died”, where Maisie debuted as viking girl Ashildr, and did a great job at that! And here we have her 800 years after, showing the consequences of The Doctor’s actions in the previous episode. Girl is now a woman and she ain’t that happy~

Star Wars: The Force Awakens premiered their new trailer during Monday Night Football, and it must have been the first time so many geeks watched an NFL game! Also, fans crashed the ticket sites, because of course they did.

Sadly, not everything was good Star Wars new. #BoycottStarWarsVII is a dumbass hashtag for dumbass people who think Star Wars: The Force Awakens promotes “White Genocide”, because a white dude ain’t front and center on the movie (instead we have a black guy and a white gal). What that the hell?! Are these fake fans missing what Star Wars is about? Did they also missed the presence of Lando Calrissian and the fact that Darth Vader was voiced by James Earl Jones in the original movie? That Samuel L. Jackson played a Jedi and Temuera Morrison (who has Maori descent) played Jango Fett in the former new trilogy?! Of course, then they say if was 4Chan trolling SJW, but ironic racism is still racism, dudes~ Thankfully, Ava DuVernay created the #CelebrateStarWarsVII hashtag to restore balance to the force~

In other sucky news for the geek world: Fox News whine at Captain America for being very Captain America in Captain America: Sam Wilson #1. That is fighting anti-immigration villains. I could excuse Fox News (but I won’t) for knowing shit about what Captain America actually represents (unlike those boycotting Star Wars “fans”), but Captain America being political (and pretty much NOT conservative) didn’t begin with Sam Wilson. Steve Rogers supports LGBT, is against Marvel’s version of Patriot’s Act, and begun his freaking story by punching Hitler way before America joined WWII!

On another Netflix revival news, we are getting a four 90-minute episodes Gilmore Girls one! In fact, several of the original cast members – Lauren Graham, Alexis Bledel, Kelly Bishop and Scott Patterson – are currently in negotiations with Netflix!

On Shakespeare news, David Oyelowo and Daniel Craig will star in an off-Broadway production of Othello, the former as the gullible titular character, and the later as asshole Iago!