The Fangirly Diary of a Geek Girl: Back to the Force!

MCU Phase Two Blu-Ray/DVD collection is an otherworldy beauty! And yep, the set comes in the form of the Morag orb, the only thing that can safely contain an Infinity stone. And I may weep if I gaze upon it for too long. This is what we get besides the 13 discs of MCU Phase Two:

This set overflows with stunning Marvel Studios memorabilia, including a gold-foiled page from the book of the Dark Elves, an ancient drawing from the Morag vault, Avengers and S.T.R.I.K.E. uniform patches, a replica of the Tony Stark tattoo from Iron Man 3 and much more! 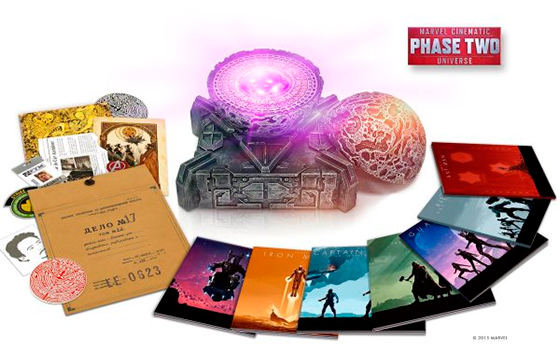 In more Marvel news, after all those promos, we finally have the full trailer of Jessica Jones and it looks fantastic! Also, seems a bit darker than Daredevil? Must be because David Tennant as Killgrave is already terrifying as fuck. I know I’ll love to hate him!

On more Netflix news, Star Wars: The Force Awakens will indeed stream there in 2016… but only in Canada. Those lucky canucks! Apparently, it’s because of the  timing of when Disney’s pay-TV distribution deals were up for grabs.

The Force. It’s calling to you. We can’t wait for you to let it in, again, this December.

So apparently we are getting a live-action Dora The Explorer at Paramount, written by Puss In Boots scribe Tom Wheeler no less! I for one want it to be just like the College Humor version:

Amazing Stories, an hourlong weekly anthology series telling supernatural stories, is being revived at NBC! And since Bryan Fuller has a lot time for things that are not Hannibal, he’s the showrunner~ The original series was created and executive produced by Steven Spielberg in 1985 and ran for two seasons. It earned 12 Emmy nominations and received 5.

In fantastic geeky discoveries, J.R.R. Tolkien’s annotated map of Middle-earth was found inside acclaimed illustrator Pauline Baynes’ copy of The Lord of the Rings! And now we know he intented Hobbiton “to be approx at latitude of Oxford” and that “the city of Ravenna is the inspiration behind Minas Tirith”. That green ink? Tolkien’s!

The map shows how completely obsessed he was with the details. Anyone else interfered at their peril. He was tricky to work with, but very rewarding in the end. 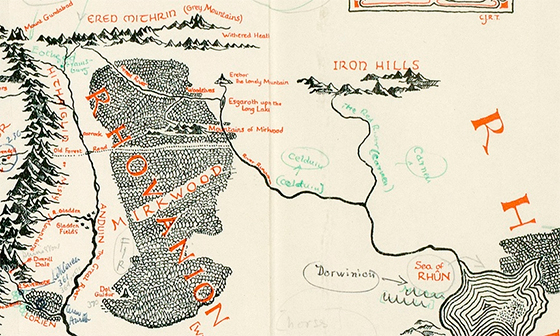 Harry Potter two-part London play has been confirmed by J.K. Rowling as sequel to Deathly Hallows (including the infamous epilogue), and it’s all about Harry’s middle son Albus Severus. So yeah, he’s the Cursed Child. Cursed with that name! Here’s a synopsis:

It was always difficult being Harry Potter and it isn’t much easier now that he is an overworked employee of the Ministry of Magic, a husband and father of three school-age children. While Harry grapples with a past that refuses to stay where it belongs, his youngest son Albus must struggle with the weight of a family legacy he never wanted. As past and present fuse ominously, both father and son learn the uncomfortable truth: sometimes, darkness comes from unexpected places.