Welp, it seems Kathleen Kennedy and Lucasfilm deciced on the safe bet. J.J. Abrams will direct Star Wars: Episode IX! OK, I am not mad about that. It’s fine. Better than Trevorrow in any case!

And now, Star Wars: Episode IX will be delayed seven months from May 24, 2019 to December 20, 2019. Come on! Was it even in doubt that they will somehow push it to December? It was the same with The Last Jedi! Why will they even think they will manage to premiere on a May date? Anyway, now Guy Ritchie’s live-action Aladdin will take the May 24 release date instead. Also, it means Wonder Woman 2, scheduled for December 13, 2019, will be its direct competition. Yeah, DC is so going to change Wonder Woman 2‘s release date.

Yay for Star Wars: The Last Jedi cutouts/standees! I just like to watch the characters without backgrounds and image all the cool edits I will find in Tumblr~ Also, I would love all of those in sticker form! Check out these wonder twins! And yes, they are not in proportion. 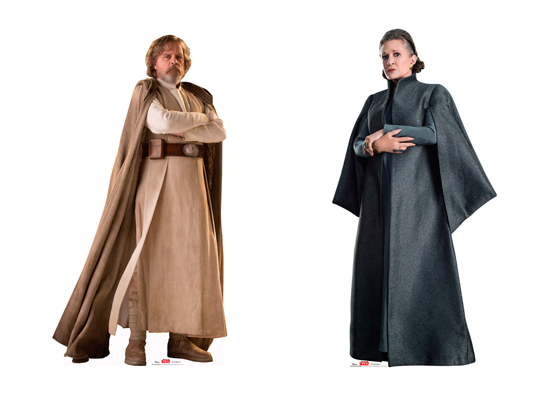 Tessa Thompson had a long talk with Collider about redefining Valkyrie in Thor: Ragnarok, where she basically revealed how much of a nerd she is~

When I met Taika and he heard me as Valkyrie, he wanted ‘me’ to play the part. But then you watch the Thor movies, there’s this Asgardian thing that I could not get out of my head. Then you read the source material and anytime Valkyrie speaks it’s in those cool italics — so I’m like, ‘She has an accent!’ And Taika’s like, ‘It doesn’t matter. They won’t care.’ Even Tony Hopkins, who I worked with recently on the show Westworld, was like ‘Oh darling, it doesn’t matter, they’ll be eating popcorn.’ That’s literally what he said to me! But I’m a nerd and I go back to the source material and I’m like, ‘I have to speak in italics.’

Well, it seems Netflix’s Punisher will deal with government conspiracies, as is hinted in a new teaser and poster! 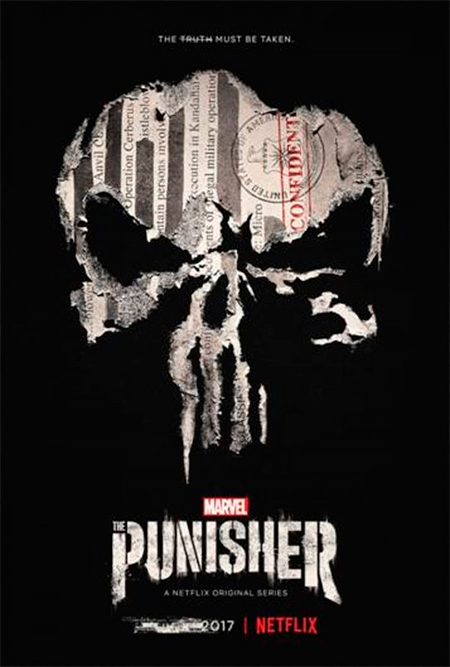 Please allow to introduce myself, I’m a man of wealth and taste. 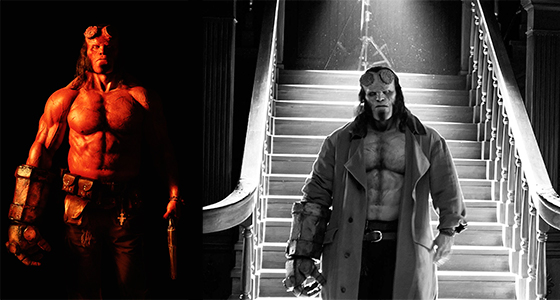 According to some reports, quoting HBO programming president Casey Bloys, the finale of Game of Thrones will have multiple endings filmed in advance to throw off fans, viewers, and hackers. And, you know, avoid spoilers. HBO has yet to confirm anything.

Artist Marco Checchetto talked with StarWars.com about the panels he worked on for Captain Phasma #1, and it’s an interesting read not only because of the commentary, but because we have early sketches and layouts! 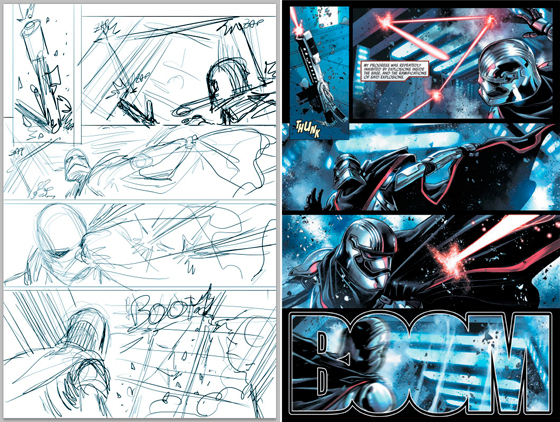