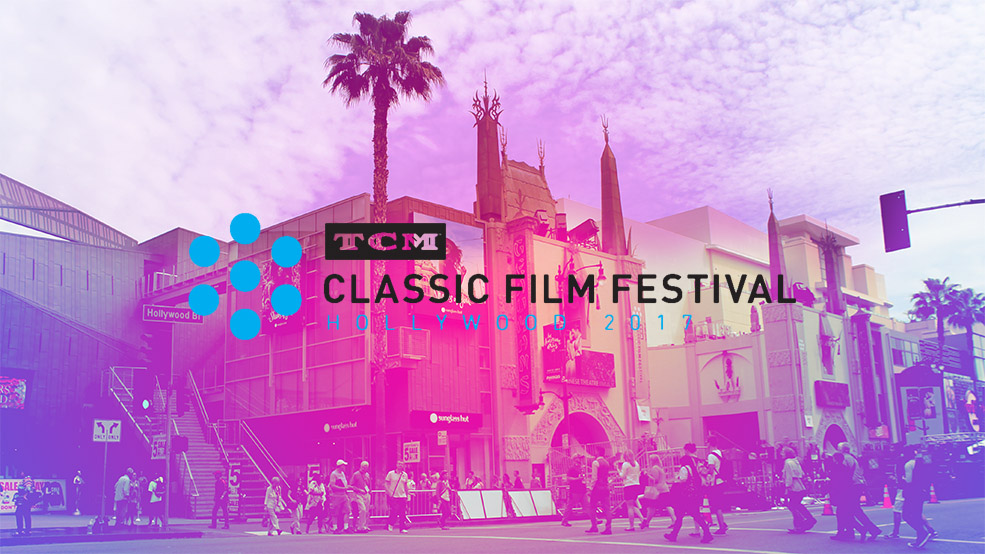 After five years of harboring a desire to attend the TCM Classic Film Festival, I did it. I attended TCMFF.

I’ve lived vicariously through past and present attendees by means of social media, but even after following it online for several years, I didn’t fully know what to expect. Well…I loved it.

This year’s festival, held April 6 – 9 in the heart of Hollywood, was themed Make ‘Em Laugh, dedicating most of its lineup to cinematic jewels of the comedy genre. It was also dedicated to TCM’s beloved longtime host Robert Osborne, who passed away in March.

My friend Jeremy and I flew into Burbank on April 5th, the afternoon before the festival officially kicked off. (Many people congregate on Hollywood Boulevard that day to catch up with everyone and socialize before the craziness begins.) We met up with my online friend Amelia – who I had never met in person before – and journeyed off to the Warner Brothers lot for a private tour led by a cool guy who works at Warner Archive. It was a great way to begin our journey. That evening, we gathered with an enthusiastic crowd of people who also belong to the “Going to TCM Classic Film Festival!” Facebook group to chat and listen to actress Barbara Rush tell stories about her days in Hollywood.

The first film I watched was the 1971 cult classic Harold and Maude. Jeremy joined me for that one, also intrigued by the film’s synopsis. Having never seen it before, I was expecting to enjoy it. My theory was backed up by a kind woman we stood next to in line and sat next to at the screening. She reassured us that we would love the movie, noting the superb soundtrack which is filled with Cat Stevens music.

Television host Dave Karger, who introduced the movie, shared a great story about his friend, the late Bill Paxton, and Bill’s love for Harold and Maude. When he saw it at the theater when it was first released, he watched it multiple times – to the chagrin of his girlfriend at the time. She didn’t appreciate the movie at all. Their relationship didn’t make it.

After the closing credits rolled, I walked out the theater astounded by the masterpiece I had just watched. 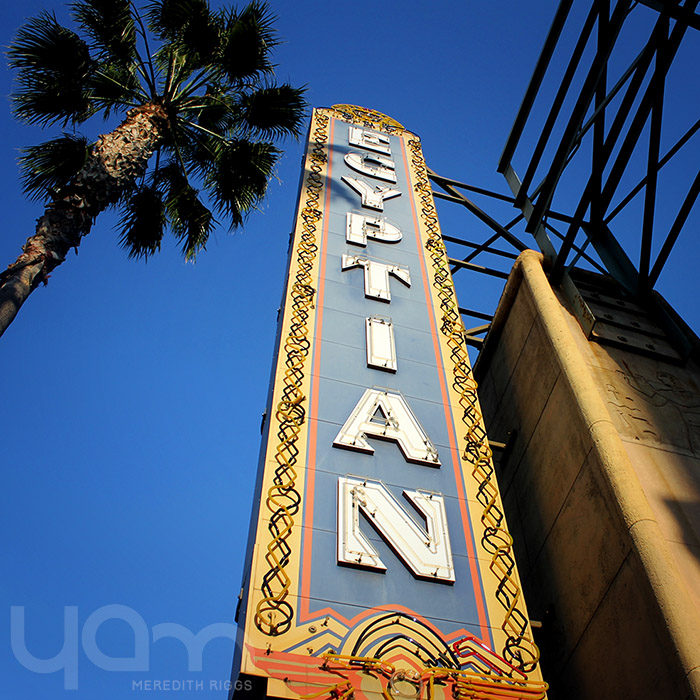 On Friday, my friends and I made our way to the historic Egyptian Theatre to watch the 1931 Marx Brothers comedy Monkey Business, which was introduced by longtime talk show host Dick Cavett. Having interviewed Groucho multiple times on his show back in the ’60s and ’70s, Cavett got to know the man behind the greasepaint mustache and told some great stories about him.

It was exciting to watch a Marx Brothers film on the big screen for the first time. Their larger-than-life personas are best showcased that way.

My friends and I stuck around the Egyptian for nearly the whole day, also watching the 1926 silent comedy So This is Paris and the racy 1932 Pre-Code Red-Headed Woman. Pre-Codes tend to be the fan favorites at the TCM Classic Film Festival; everyone’s electrifying enthusiasm for Jean Harlow’s innuendos and wisecracks proved it.

Side note: TCMFF is the coolest because the audience erupts into applause at the first sight of actors and actresses such as Una Merkel.

Then, just after Red-Headed Woman finished, Amelia and I bolted out of the theater and made our way to the Chinese Theatre IMAX to see Mel Brooks introduce his 1977 film High Anxiety. Although it’s not as great as some of his other films, it was so fun to watch with a packed house (and with him in attendance!) I laughed so hard throughout the screening, enjoying every single moment of it.

Oh, and the scene in which Mel Brooks sings High Anxiety – loved it.

The first movie I watched on Saturday was the always-delightful 1937 screwball comedy The Awful Truth. I was originally planning on watching The Last Picture Show (1971), but I was swayed at the last minute to join my friends for a bit of Cary Grant/Irene Dunne fun.

Later that afternoon, I ventured off by myself to watch Bye Bye Birdie (1963) at the Chinese Multiplex and met some cool people standing in line. As this is honestly one of my favorite films, I decided that I just couldn’t miss seeing it on the big screen. It turned out to be my favorite screening of the entire festival. I discovered that I’m not the only one who loses it every time Paul Lynde opens his mouth and I about died from euphoria during the Lot of Livin’ number. It’s absolutely radiant on the big screen.

On Saturday evening, I rejoined my movie buddies for the screening of the creepy 1947 melodrama Black Narcissus on nitrate. It’s an oddly captivating movie that gets pretty intense by the end. It’s worth a view for the Technicolor and the absolutely sinister Sister Ruth scenes alone.

Sunday, the final day of the TCM Classic Film Festival, came around quickly. To begin the day, I headed to Club TCM (inside TCMFF’s headquarters, the Roosevelt Hotel) for a Q&A session featuring film historian and critic, Leonard Maltin.

As I was settling back in Club TCM to listen to Dick Cavett during his conversation/book signing, I was tipped off at the last minute that a certain actor named Richard Dreyfuss was scheduled to attend the screening of Postcards from the Edge (1990). So, I booked it from The Roosevelt across the street to the Chinese Multiplex and grabbed my ticket for the show just before it began.

After the film ended, Dreyfuss was joined by Carrie Fisher’s brother (and Debbie Reynolds’s son) Todd Fisher and they had a discussion with TCM host Ben Mankiewicz. It got emotional when the topic turned to Carrie and Debbie. Richard Dreyfuss broke down and cried a couple of times as he described his admiration for Carrie, noting that she was a special and genuine good person.

After the film, I met back up with everyone as we began to say our goodbyes.

Knowing that this would happen even before I attended the TCM Classic Film Festival, I’m hooked. Once you attend something like this, it’s hard to think about the possibility of not being able to attend the year after or even the year after that. I can’t wait to return to TCMFF.