My Kdrama Obsession: The Last Hurrah

Well peeps, finally I’ve come to the end of this segment. I was thinking of continuing, but I think I am going to continue with my segment about the difficulty about finding new music. I left it hanging and I want to finish it.

Dream High 2, Shut Up: Flower Boy Band and The Moon That Embraces the Sun all finished last week. It was a pretty bittersweet farewell as well as a very teary one. All my complaints and love will be shared on my reviews of said dramas. I have so much to say about Dream High 2 it’s not even funny. I don’t know how I will restrain myself from ripping that drama to pieces — it was just that bad. I was about to give up on it, but I bit the bullet and watched it until the end. I am still bitter about it.

The Moon That Embraces The Sun was a drama that could’ve been so much better. It wasn’t that bad. I appreciate it as the romance drama it is, but it did have major flaws. It was hard for me to keep myself objective, I was that mesmerized by Kim Soo Hyun’s beauty. That is one review that is going to be hard to write. 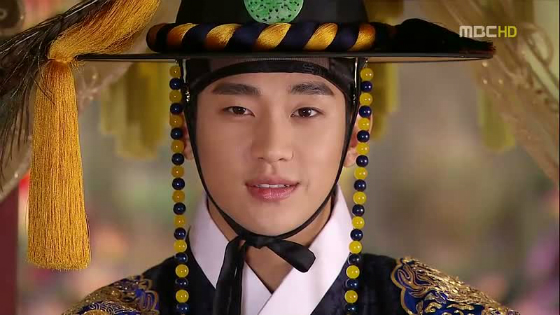 Look at him, can you blame me? *sighs*

Well, the drama that stole my heart was Shut Up: Flower Boy Band. I really appreciate it when the underdog comes and steals my breath away. The hype around Shut Up: Flower Boy Band was minimal, so I think that might have been the reason it did so well. It didn’t have the pressure to deliver something flashy, so instead they delivered some true art. I think I can talk an entire day about how well done this drama was. But I shall save it for my review. If you haven’t seen this pearl of a drama yet, go and do it! 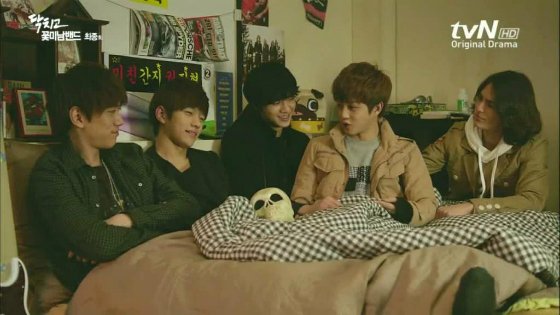 Perfect drama was cozy, angsty and had loads of bromance.

So the Kdrama winter season is almost over and the spring season kicked off this week with 3 very talked about dramas: Fashion King, King 2 Hearts (worst title ever!) and Rooftop Prince.

Fashion King and Rooftop Prince are very interesting to me because former cast members Yoo Ah In and Park Yoochun from Sungkyunkwan Scandal are headlining their respective dramas. I am already a little bit in love with Rooftop Prince. The premise is a Joseon crown prince that gets thrown 300 years into the feature. Not that hard to figure out that loads of hilarity will occur between the difference of the old Korea to the new one. After two episodes I am hooked, but I shall keep my head cool. I don’t want a repeat of my expectations as I did with Dream High 2 (every time I think about it, I get so bitter). 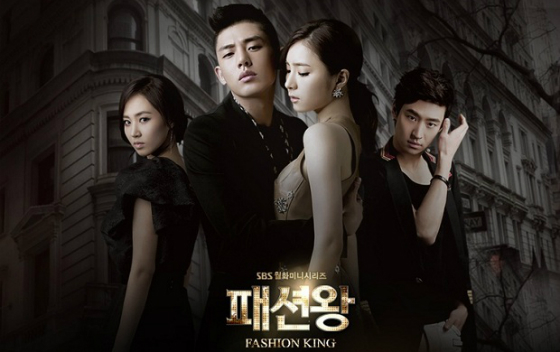 King 2 Hearts I am watching for Ha Ji Won and Ha Ji Won alone. I don’t think I can explain how much I loved her in Secret Garden. I re-watched it this week because I was having some Hyun Bin withdrawals. Again, yet another drama that could have been so much better but was enjoyable thanks to its amazing cast.

I feel a bit cheated by King 2 Hearts. Here I thought it was going to be a serious political drama (the trailer and posters made it seem so) and I was served pure crack. Not that I am complaining, I’m just a little surprised. We shall see what this drama will deliver. So far it is the only drama that has had a decent start, both Fashion King and Rooftop Prince are a little shaky but there’s room to improve. I hope they do.

Well, that’s it for me and this segment. I hope that you have enjoyed this crazy ride of my wild emotions and nauseating spazzing. I might comeback to this segment in the future. We shall see!