As some of you are aware, Marvel character Northstar will marry his boyfriend Kyle in Astonishing X-Men #51, available on June 20th. Of course, the wedding (or rather the road to the wedding) won’t go as smoothly as one will wish: with turned-down proposals, kidnappings, battles, and even some douchebags not accepting the invitations or the validity of their vows, according to Marvel editor-in-chief Axel Alonso. 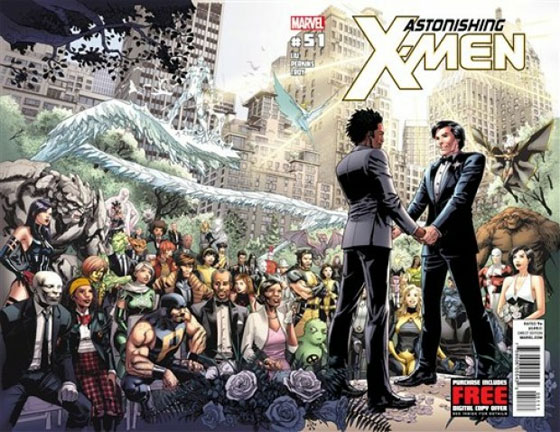 The relevancy of that is that Northstar, while never being a mainstream superhero, is Marvel’s first openly gay superhero, and this will be Marvel’s first gay wedding. And Marvel has taken it seriously, as far as marketing goes, and even made some “wedding invitations” that were distributed in Comic Book stores… and I love mine so much~ 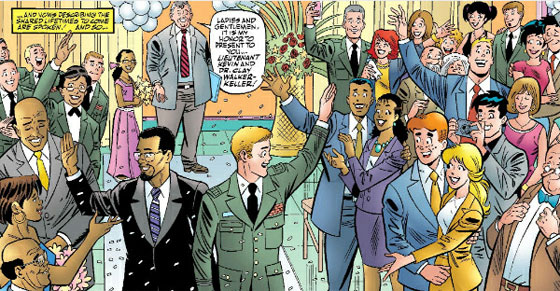 Archie Comics beat them. Yup, you read that right, you non-geeks. Archie Comics had a gay wedding first, back in January. The happy couple were none other than Kevin Keller, an Iraqi War vet and their first gay character, and Clay, a doctor Kevin met while recuperating in a hospital. Very romantic. 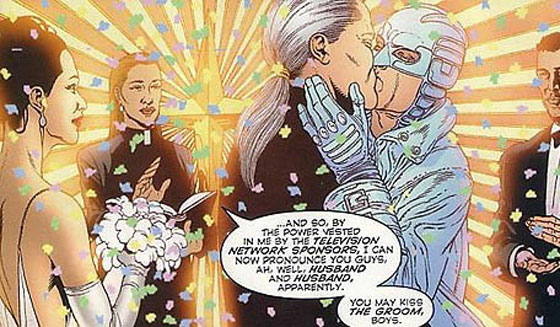 That said, the first gay wedding I was aware of was Midnighter and Apollo’s, back in 2002. It was also the first time said characters shared a kiss on panel. For those who don’t know, Midnighter and Apollo belong to a superhero group called The Authority owned by WildStorm (a subdivision of DC Comics), and were conceived as a hardcore (more violent) reinterpretation of Batman and Superman, respectively. Yes, even the pros have shipped Batman and Superman.

Talking about DC Comics, while Marvel was promoting their first gay wedding, the competition was outing Green Lantern Alan Scott. But on Earth 2#2 not only was Alan shown as a gay man, it also showed his boyfriend Sam, whom Alan proposed almost at the end of the issue. That wedding may never happen though, because tragedy strikes and the result would probably mean a darker origin story for this Green Lantern.

Anyway, Northstar’s wedding is a milestone for Marvel, and I hope he and Kyle get to enjoy a nice married life because Marvel doesn’t have a good track record with those; but this probably won’t be the last of their gay weddings. 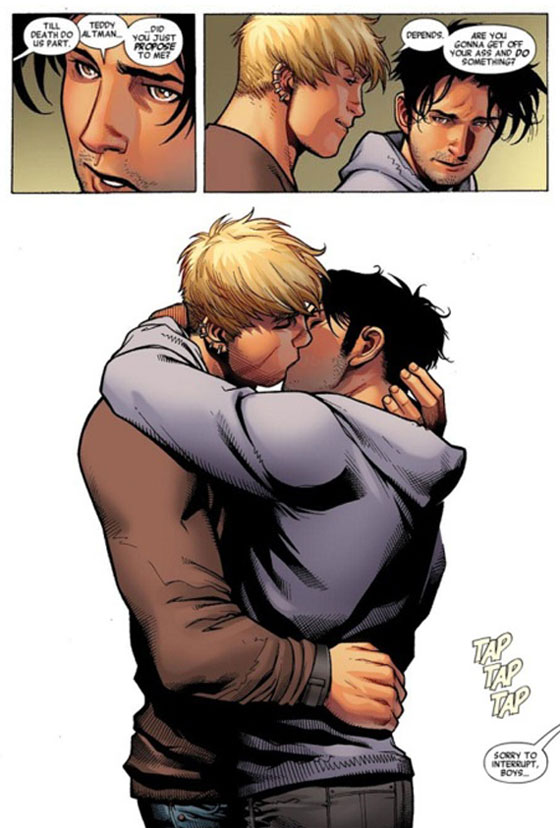 You see, in March, Wiccan and Hulking, heroes of Young Avengers, shared their first kiss on panel (do I detect a pattern?) after an apology turned proposal. Although, considering it took, like, seven years of comics in their relationship to see a kiss, maybe we will wait some. That said, considering both young men now belong to the Avenger’s official roster, I hope Tony Stark pays for an awesome wedding. Thor can even help organize since he likes to read Modern Bride. 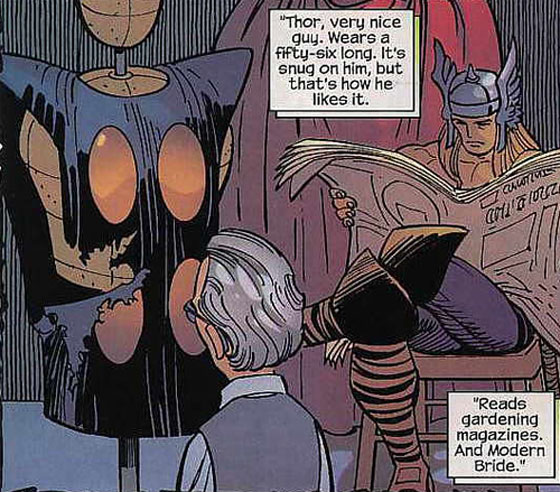