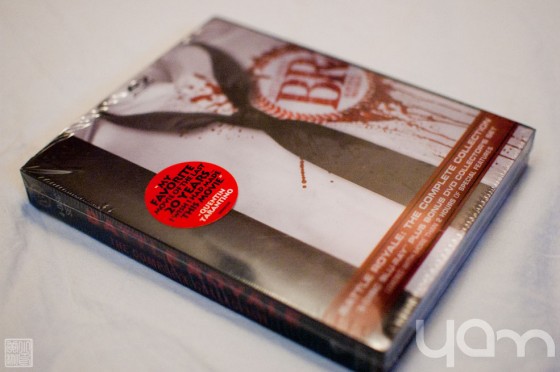 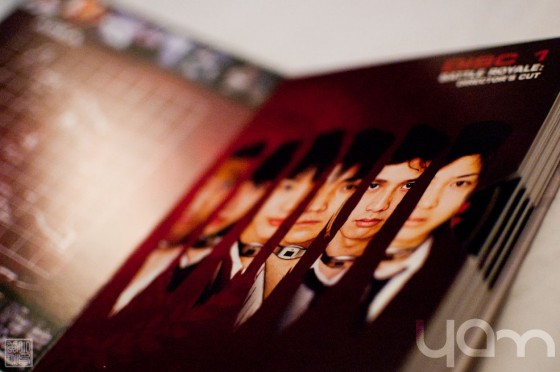 I will tell you this, there’s no better home release for Battle Royale than this one. If you were like me — not being able to afford the non-subtitled Japanese Limited Edition — and had the cheap Hong Kong version, that, if I’m not mistaken, came in Letterbox format, spending a few bucks on this version is more than a good investment.

Purists will be pissed with the artwork used on the collection. While I think it’s pretty nifty to have all the set in a book-like package, complete with hardbound cover and all, it does make it a bit troublesome to take discs out and put them back in their place. If you dislike the packaging so much, I’d like to ask you what you would’ve done to make it interesting?

In terms of video transfer, I do think that the video quality of the so-called “Director’s Cut” version seems much crisper and clearer than the “Theatrical” version — and I do have a slight preference for the latter considering it flows better — though Battle Royale: Requiem is clear as it can look on a big screen. It’s also a shame that the Director’s Cut is the only one that comes with the Japanese audio in TrueHD 7.1 (or with an English dub), not that it makes much difference to me, but I’m sure it could bother some.

What bothers me the most in this release, however, is how it’s advertised as “loaded with more than 2 hours of Special Features,” considering the insight of most of the features. The only one that might be worth your time — almost clocking at 1 hour — is The Making of Battle Royale. The rest of the footage included ranges from your run of the mill trailers and TV spots, alongside some footage of the press conference, the Tokyo Film Festival presentation, and a cute warning to director Kinji Fukasaku a la Battle Royale instructional video style.

Overall, if you didn’t mind some of the additions in the Director’s Cut, and you’re pretending Requiem didn’t exist, you could very well take advantage of the single disc release on Blu-ray or DVD. If you, like me, prefer the Theatrical… so-called “Original” version, for a few more bucks, this isn’t so bad.

You can get this set on Amazon in Blu-ray or the DVD version.