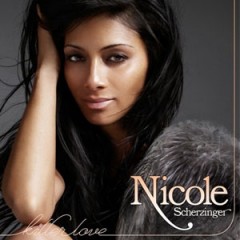 Nicole Scherzinger’s career has careened between worldwide success and celebrity oblivion so much, it’s jarring to see her get back on those long legs and finally kick out a solo album.

But that’s pop music for you – a capricious machine. Scherzinger’s seen better days, churning out hit after hit with the now-defunct Pussycat Dolls. Pulling a Beyonce on her Destiny’s Children was an inevitable step, since she was the most obvious star of the lot. But, her planned debut was pushed right into non-existence. Shame too, since the heavy sex bassline of Whatever U Like was greatly underrated. It’s been a long time coming for our lead Pussycat Doll.

Killer Love marches to the strict drumbeat of the predictable pop album: handful of upbeat songs of artist’s current genre of choice (Nicole Scherzinger vs. Euro-dance), bland treacley ballads with eighth grade lyricism on love and/or empowerment, and high-profile collaborator. Scherzinger likely put her blood, sweat and tears into this debut, too bad the soul somehow fell through the cracks. Killer Love feels too much like an orchestrated effort. And too bad Interscope could only get an outdated 80s pop star as her duet partner on the schmaltzy Powers Out with Sting.

There are redeeming moments, like the vengeful electro of Poison. It’s a mighty track, delivered with Scherzinger’s ripping vocals and bursting performance personality. Really, it’s her energy that elevates most of these Rihanna leftover b-sides. The faux-raunchy Killer Love or shamelessly melodic Club Banger Nation could easily be singles that got drowned out by all the other cool kids in the pop music pool. Curiously, Scherzinger is strangely convincing on the summery synths of Right There, with her fake island accent a charming addition to an otherwise cold affair. Cue the Nicki Minaj remix… now.

The latter half of the record is a sleeper, with Scherzinger’s fantastic vocals droning atop recycled R&B-pop production. You’d think that with the amount of ballads, they would be exceptional – she’s definitely capable of delivering emotion (I’ll Be your Love, anyone?). But it’s like Leona Lewis’s Spirit all over again, God forbid.

Killer Love isn’t the groundbreaking debut she was probably hoping it’d be, but it’s not a terrible effort. Just a slightly misguided one. Does anybody else feel like Scherzinger’s hiding some world-changing pop anthems in that splendid head of hair of hers? Question is, why hold back?