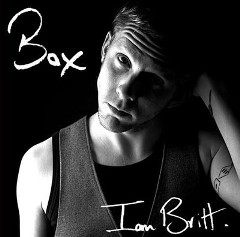 In the midst of a music scene full of calamity, there’s much calm for one’s consumption in the British Isles. More impressive music seems to come from England than from even the most seasoned and respected veterans the US continue to drag from the catacombs. The latest serving of musical richness pours flavor and comfort into the listener without getting too over-saturated with sugary sweetness.

Ian Britt isn’t new to the music scene; however, his latest effort, Box, has gotten great exposure, even catching the ever-diligent eye and ear of YAM Magazine’s own Princess of Pop, Julyssa. Britt carries his latest album with great ease, as if he were saying hello to anyone who may be within earshot. His voice is unique, a tenor slice of velvet that cuts through the album rather than hiding behind guitar wizardry or stereophonic dubstep. It’s tinny, but has much grit and soul (á la Gavin Degraw). His vocal control is also commendable, lifting the album from whining college dropout to sophisticated adult contemporary.

What’s special about this album is its use of simple lyricism. Every word is understood and felt because of the ease with which Britt seems to have written them. The beauty lay in the expressive use of imagery, Britt managing to paint vivid pictures with his music’s paintbrush.

Beyond his vocal technique and the lyrics, the harmony work is solid to extraordinary. Tracks like Journey and Pretty Little Flowers manage to meld Britt’s voice in layers as rich in melodics as the lyrics are in vividness. Then, of course, is Britt’s guitar work, which is anything from quirky — as in Pretty Little Flowers — to complex and emotional — as in Crazy Jane.

However, Box does, at times, fall prey to the singer/songwriter pattern of complacency. Some of the songs — namely Me And My Friend Cupid, I Will Walk Alone, and Heathen Boy — are your everyday troubadour fodder and are too typical to differentiate Britt from milieu singer/songwriters.

Also, at times the album follows brilliant lyricism and vocals with songs that are lackluster in comparison — as in Me And My Friend Cupid.

Even with its flaws, Box manages to be a compelling listen that’s both nuanced and elegant.