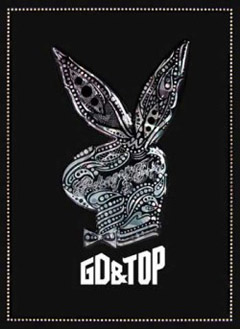 This collaboration and album came like a surprise to everyone. A sweet, sweet surprise. Because there is no denying that G-Dragon and T.O.P. are the coolest members in Big Bang.

GD & TOP is as cool. Sitting here bumping my head along, even my brother — who doesn’t care for music he can’t understand — agrees that it is good, is bumping along. It has an old school hip-hop flavor with a little bit of funk and rock?(!) Hell yeah, that is an electronic guitar riff right there!

There are so many genres being mixed in this album. The last two songs, GD’s solos, are hilarious. Not something you would expect from GD but it works. It works because GD and T.O.P. are not afraid to try new things and make it their own. This album reminds me of GD’s Heartbreaker, a roller-coaster of sounds, genres and styles. But where in Heartbreaker took me some listens to really love, I find myself loving this album instantly. This album really combines the best of both artists.

Preview it on Xiami | Like it? Get it in YesAsia