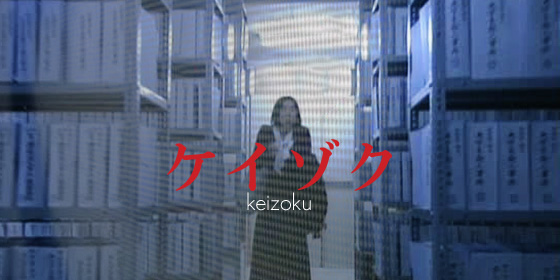 Also known as Unsolved Cases, Keizoku is an 11 episode Japanese show that aired in 1999. The story centers on the life of a bright, though slightly quirky and extremely clumsy, Tokyo University student named Jun Shibata (Miki Nakatani), the daughter of a renown detective at the police department where she is set to begin her internship under Sector 2 — the neverending unsolved cases unit.

Very much like Keizoku 2: SPEC did, each episode focuses on Shibata solving various unsolved crimes, including people rising from the dead, dried ice shrines, curses, and trick rooms. However, there’s an underlying almost sinister part of the story involving Shibata’s detective pal, Toru Mayama (Atsuro Watabe). Early in his career, he lost his sister after she was gang raped by a group of school boys.

Halfway through Keizoku, it starts getting really good. For about five episodes in a row you can’t stop watching the show until the very end. Miki Nakatani keeps giving and giving as Shibata. She’s the brightest genius when she’s the most innocent, the clumsiest when she’s being pressured, the most assertive when her logic is involved, and she makes no judgement. She’s the voice of reason as well as the voice of crazy. Thinking about how amazing she is just makes me want to watch Memories of Matsuko all over again.

Nakatani’s Shibata makes for the perfect balance to Atsuro Watabe’s intense storyline. He’s a suffering soul for the loss of his sister, but he doesn’t really mope about it. There’s a really great odd combination of dark themes between all the comedy they throw at you, which includes a storyline in which Chief Kotaro Nonomura (Raita Ryu) is having an affair with a 17-year-old girl. One moment you’re laughing at something that’s happening and at another you’ll be gripping your hands when someone gets killed.

All the main characters are well developed, including minor characters like detective pal Aya Kito (Sarina Suzuki) and retired detective Kunio Tsubosaka, played perfectly by Shigeru Izumiya. He only gets minimal screentime, but his character gets a good balance and a moving — almost fatherly — turn-around.

The only problem in Keizoku might be that the visual style of the show looks really dated. It has weird montages that might get on people’s nerves, but it’s easy to forgive due to the acting and story. At one point while writing this review, I was even considering giving this a really high rating, but Keizoku Special: Phantom brought the series down for me a little. It isn’t awful, but it did seem a bit redundant.

If you ever have the chance to watch Keizoku, I would suggest only catching the main 11 episodes of the show. It might be one of the best experiences you’ll ever have getting into Jdrama territory.