I don’t wanna gloat, but… okay, I want to gloat just a little bit.

Back when the first “wedding invite” poster for Melancholia hit the net, Castor commented that it was so simple that he could make that poster on MS Paint in two minutes — a designer’s favorite phrase, LOL

I suggested that maybe they should’ve used the fancy wedding lettering and maybe even go the extra mile with elaborate printing of coatings and metallic inks… and stuff. Then I also suggested: 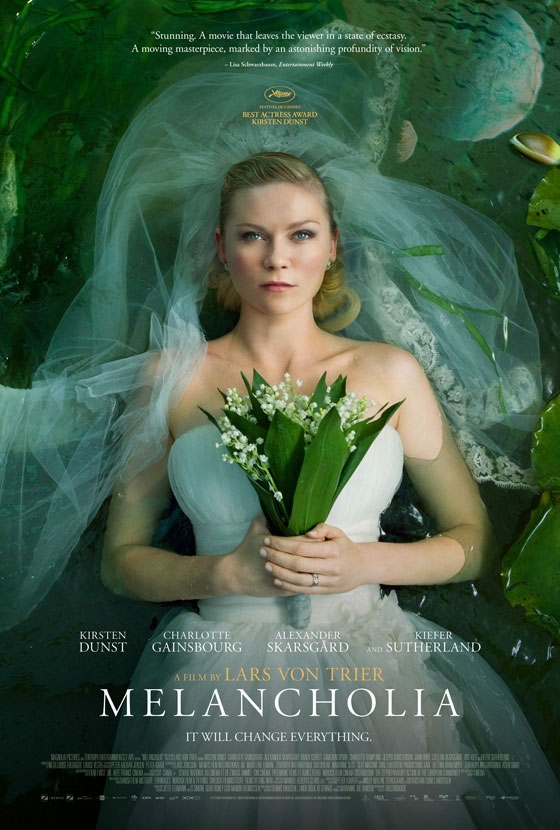 And unlike the French version, which has different lettering and a different treatment, this US version feels more like a “wedding invitation”! Even the use of the gold-like text for Dunst’s Best Actress win at Cannes and the director’s credit makes it look like those wedding separators xD

Have no idea who designed the poster, considering the art belongs to the production company.