Queer as Folk & The L Word: My Journey Through LGBT Television

As my first post for the LGBT blogathon, I want to share a bit about how I got involved with the LGBT world and how it has affected me as a person.

My overall journey throughout the world that is LGBT starts with one of my oldest friends. He and I have been friends for over 16 years. We pretty much grew up with each other. Funny thing is that I called him yesterday to ask for permission about sharing our story here.

When discussing how he came out to me and the rest of our friends, he goes, “But Julyssa, it was so obvious I was gay back then.” Yes, it was obvious. But being kids I never thought of him in any terms of sexuality. To me, it really never mattered what the hell he was. The important thing was that he was my friend. I often got annoyed when people came up to me asking me if we was gay or not. What the hell did it matter?

His way of finally coming out to us (me, his sister and another friend) was to drag us to a gay club. Well, that was a really interesting experience. I made out with two guys that night and I was surprised. Wasn’t this a gay bar? To say that I was a noob when it came to all things LGBT — you get the drift.

It was thanks to him that the doors to the LGBT community were opened to me. I found it to be an acceptable and more open-minded (not to say f*cking nuts) place. We had a lot of fun partying and letting our world expand a whole lot.

I was all in the dark when it came to homosexual characters in television. It is now, as I write this doing quick Google searches, that I find that homosexual characters have existed in television as far back as the 80’s. Of course, it wasn’t accepted and many controversies issued. However, here I want to talk about two TV series that left a deep impact on me: Queer as Folk (the UK and original version) and The L Word.

According to some research, Queer as Folk premiered in Sweden back in 2001. I have vague memories of me watching this late at night at SVT… I know that I did it in part because if my father ever found out I was watching that, he would pretty much ground me — the series was so raunchy.

I will never, ever forget that scene where Stuart is f*cking one of his conquests: the guy warns that he is taking some strong medicine that makes his spunk look — cue Stuart looking down and saying it “makes it look the colour of a Teletubbie?”

I will just let that sentence speak for itself. 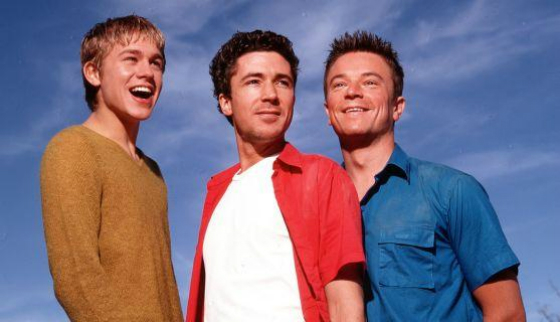 Nathan, Stuart and Vince. Main cast of Queer As Folk

Writing about it makes me want to look at the series all over again. It wasn’t that long, just ten episodes, which is a damn pity because this show could have made it so far. It just had the right attitude for it.

Of course, Queer as Folk was made in to an American version, which I never gave a shot. I think that I should because while reading about it, it doesn’t seem bad.

In the end, this show was my first gay-themed television series that I loved. I never have given any thought about gay characters on television. I mean, coming from a very strict and chauvinist household, I was pretty much kept in the dark about homosexuality. In my world homosexuality was something you kept hidden, and I’m pretty sure I never saw a gay character on television before Queer as Folk — in part because my parents kept them from me, and part because I don’t watch much TV.

Queer as Folk was my catalyst. After it, I started realising that more and more homosexual characters do appear on television shows. If you check this Wikipedia list you can see that in almost every American show that has premiered over the last few years, at least one character has been gay. Now, this list only shows characters in dramatic series and yes, they are only American. But that’s a good indication of LGBT characters being more accepted on television, which is great because gay people are just like heterosexuals, so there’s no need to discriminate.

So finally, one of the shows that I overly adore and that always managed to make me into a full-on lesbian for at least one hour every week: The L Word. 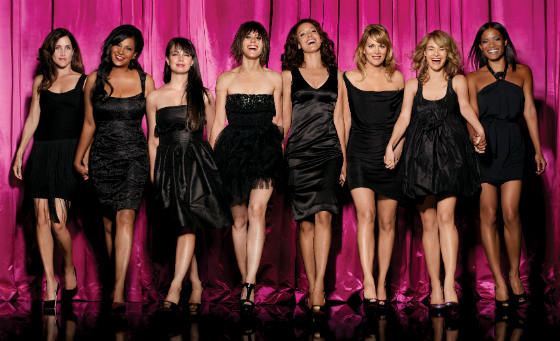 The main cast from the last season of The L Word.

I remember the hype the show got just before premiering. A TV show dedicated to lesbian women? Showing sex scenes? *le gasp*

In all fairness, the impact that The L Word left on television history is not to be looked down upon. I love the series for all its characters and the plots. Plus, I had the hugest crush on Shane. Oh la la, did that tomboy make me go crazy. Until this day, Shane makes me doubt my sexuality.

I also had to watch this while hiding. How do I explain to my bigoted dad that I love a show that revolved around lesbians? He didn’t even let me watch Sex and the City for that matter… well I was 14 when that show started to air, and it was quite sexual. But then again, my dad is really lame.

After these two shows, well I started to look into more LGBT-related media. But it wasn’t until I was swept away by the Asian wave that I really got into it. I’m not so sure I want to go into detail as to what that entails. *cough*

What are some of your favorite LGBT shows?

Do you have any suggestions as to what I should watch?