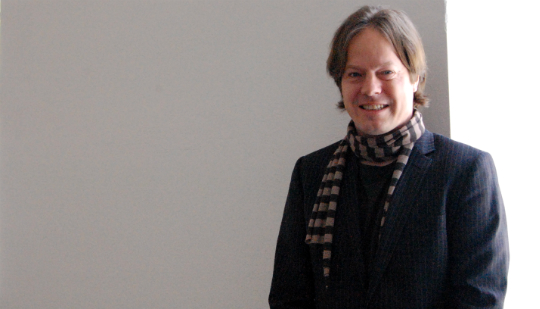 First off, let me start by asking, how much do you know about Korean music? To be able to have this kind of concert/collaboration?

Well, it all came through the personal meeting with Rain. I went to Korea to join the German president for a state visit. He chose me as a cultural ambassador, and it was at a very short notice. I had to cancel all my concerts in Germany in order to be able to accompany the president to Korea. It was a very intensive three days.

At some point, I had heard about Rain from Sung-Joo Kim from MCM. She said “you have to meat Rain,” so sure enough we had a dinner where we got together. At first, I listened to what he told me about Kpop and I spoke about classical music, but it was very distant. I think we liked each other, but it was basically a normal dinner.

Then somehow he suggested that we should meet the next day. He wanted to play a little bit of his music, and I brought my cello along. I played some on the cello for him, classical music, and he touched the cello and tried a few notes. He then showed me his songs, and it was one moment, when we both noticed that we really like what the other person did artistically. It was really a split second. I think that he saw in my eyes that I was not pretending to like his music. I really liked it and I was very impressed.

I think in the same way, I must have played something on the cello that clicked, a moment where he felt something. In that moment, we shook hands and we were friends.

What an amazing story! So have you studied his music? Listened to more of his older albums?

Yeah, it’s not really studying, it’s more like when between friends, you listen to each others work. Then when I invited him to the concert in Dresden, he didn’t hesitate. He just said “great, amazing, let’s do it!”.

I must confess that preparing for this concert is much more extensive then to prepare for a classical concert. [laughs]

I see! Is it because you need to mix the genres?

What we decided to do, and this is not a secret, is to first present our art in its purest form. I will play truly classical music, something that is a symbol of our Western music: Bach. The god of music. I will play a piece for a cello solo. So really something many of the audience may never have heard of.

Oh but I have, I know my Bach.

Really? But many of them won’t. Which is great.

A lot of people are there for Rain.

Yes and my audience is also going to be there so we have prepared a lot.

You will see introduction movies, which I never do in a classical concert, where I will speak to the audience and introduce them both to each other (the classical fans and the Kpop fans). I will try to connect them first. A lot of thought lies behind this.

When I’m playing my Bach, there will also be movies to show the elements, as to give people who never heard Bach an entrance. Which I normally don’t have to give because I come in, and people already know my music. When Rain comes in, he will also have a movie, to introduce him to the classical audience who will be there tonight as well.

Once that is done, it is the moment to join. When we come together, we also made a big effort to really work it out. I hope very much that we are going to keep our message, and join in a way to overcome the old idea of a crossover, which often makes the message smaller.

It seems like a very little number of mainstream European and American artists actually try to explore the mix of classical music and their genres – while in places like China, Taiwan and Japan there are a number of artists with basis in classical music who create much richer experiences. Do you think this fusion is important? How?

In terms of the Korean pop industry, we can only come up with Seo Taji’s Symphony project, which was directed by Tolga Kashif with the participation of the Royal Philharmonic – Bi Rain is another huge Asian superstar, have you given any thoughts as to whom you’d like to collaborate in similar projects?

For me this is an emotional question. You can not construct those things, I’m the least person that can construct those things. I basically travel around the world, and I meet a lot of interesting people. If I meet a person I would love to collaborate with, it will grow. I really trust that life brings people together, and I do not plan those things. It’s more of a chance, then you see a chance and a if window opens then we use it.

So we might see a collaboration between you and say, Lady Gaga?