I began watching movies in 1988, so I watched a lot of movies in the 90s. My favorites to watch during that decade were the romantic comedies. The 90s produced some of the finest films that receive this label; in fact, as you will see, 1994 had more than its fair share of amazing rom-coms.

Note: I want to clarify beforehand that this list will not include teen films, nor will it include romances that are too dark, don’t end with the couple together or films that have a romantic edge, but aren’t really about the couple trying to get together (by this, I mean something like Groundhog Day, which is more of a fantasy with some rom-com elements).

I saw most of the films on this list in theaters when they were first released, or at the very least on VHS for the first time in the 90s. There is one exception, which I saw on the Fox Movie Channel a few years ago and think is a highly overlooked gem, but I will get to that in a second. 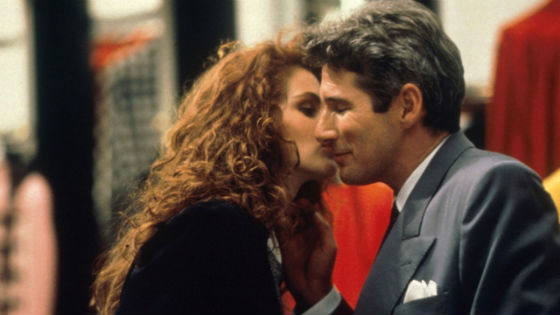 This is the movie that really launched Julia Roberts’s career. She received a Best Actress Oscar nomination (she received a Best Supporting Actress nomination the year earlier for Steel Magnolias) for her vibrant portrayal of Vivian Ward, a prostitute picked up by a depressed businessman who needs company while he’s in town to close a business deal.

It’s kind of like the Pygmalion story, but with a prostitute and shopping standing in for educating; you know you love that scene where she returns to the shop that refused her service, just to show them that they made a big mistake.

Gere and Roberts have wonderful chemistry and the film was so well received by audiences that to this day it is the highest grossing romantic comedy of all time. Not a bad way to start off the decade.

It Could Happen To You 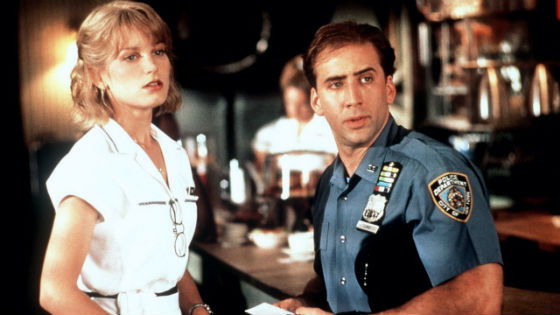 I skipped a few years and I apologize, but 1994 just had too many good films. To begin, I give you this under-seen film about a cop who doesn’t have any money to tip his waitress, so he promises her half the winnings of his lottery ticket. He hits the jackpot and his tip to the waitress winds up being $4 mil — much to the chagrin of his wife.

This is one of Nic Cage’s sincerest, humblest and most reserved performances, and Bridget Fonda proves to be a perfect mess of a match for him. The film is told like a fairy tale and  does feel like a fairy tale, but never once does it feel contrived or too sugary sweet.

Rosie Perez is a hoot as Cage’s materialistic wife, and Stanley Tucci steals scenes (and macadamia nuts!) throughout as Fonda’s deadbeat husband, whom she cannot afford to divorce.

Four Weddings and a Funeral 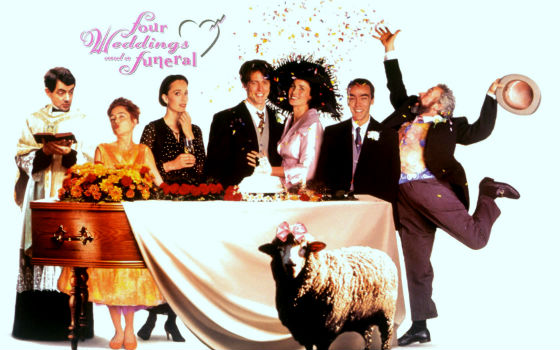 Much like the title implies, the film takes place at four weddings and one funeral, though not necessarily in that order. As each wedding progresses the enormous ensemble cast and the plethora of supporting characters grow as friends and as lovers and potential lovers, until the film’s climax, which includes some of the best use of sign language in cinema history.

It’s also full of the greatest and most creative uses of the word “fuck” this side of a Tarantino film, though much less contrived. 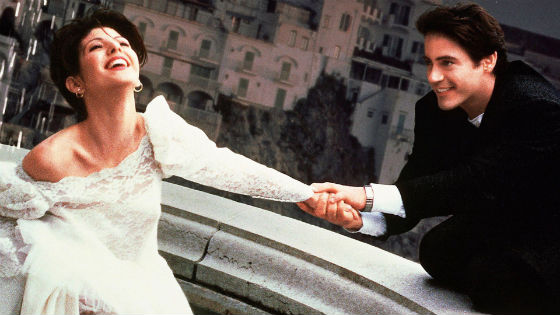 Speaking of fairy tale-like films, I give you this charming, breezy, globetrotting film from cinema great Norman Jewison. Roger Ebert in his review said this film felt like the kind of romances they made in the 1930s and 1940s, that it felt sort of old-fashioned, but that “just because something’s not done anymore, doesn’t mean it’s not worth doing.”

Marisa Tomei — hot off her Best Supporting Actress Oscar win for My Cousin Vinny — plays a teacher named Faith who is about to get married to the most boring snit of a podiatrist ever. While trying on her wedding dress, she gets a message for her fiance that his friend Damon Bradley won’t be able to make it to the wedding due to a trip to Italy. Damon Bradley is the name that both a Ouija board and a fortune-teller told Faith she would one day marry. She immediately flies to Italy to find him with her sister-in-law Kate, played by a never-better Bonnie Hunt.

Shenanigans happen in Italy after Faith and Kate meet this supposed Damon Bradley — played by Robert Downey, Jr. in one of his most charming roles. Fisher Stevens and Billy Zane round out the film’s dynamite supporting cast. 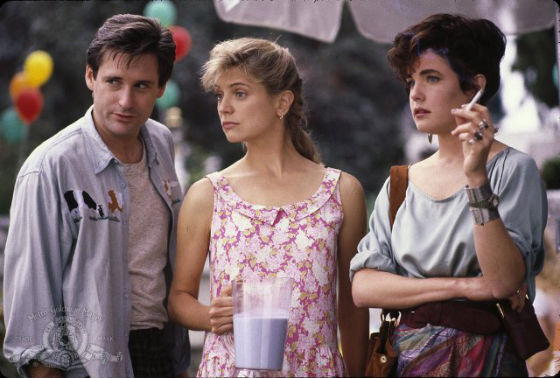 This is that film I mentioned that I watched on television a few years ago. I had never heard of it, but its cast — Elizabeth McGovern, Harley Jane Kozak, Brad Pitt, Ken Wahl and Bill Pullman — pulled me in.

While I do agree with critics from the time of the film’s release that the ending needed some work, for the most part this film tackles some really interesting issues. Kozak plays Kathy, a thirty-something who is happily married to Peter (Pullman), but is starting to feel the itch and begins fantasizing about her boyfriend from high school Tom (Wahl). Kathy asks her friend Emily (McGovern), who is currently on the outs with her much-younger artist boyfriend (Pitt), to go to Denver and look up Tom — and sleep with him if she possibly can. I think you can see where this is going.

What I find so fascinating about the film is its portrayal of women’s sexual desires, especially Kathy who is married and has young children. This is not something you see that often in films. I’m also really envious of pretty much every piece of clothing McGovern’s character wears. Oh, and both Brad Pitt and Bill Pullman look smokin’ hot in glasses.