The Fangirly Diary of a Geek Girl: Wakanda, I love you

Greetings, fellow fangirls and fanboys! This week, while getting ready for the D23, we got a motherload of beautiful pictures for Black Panther! Also posters, vinyls and blu-rays! Here’s how the week started:

So, lately it’s come to light a couple of videos of the original animatronic Green Goblin mask that Willem Dafoe would have worn in 2002’s Spider-Man. And boy was it half awesome half creepy. I kinda wish they had used them, but I guess the movie would have had a different tone altogether. Check it out:

Spider-Man: Homecoming has a great time at the box office with an amazing $117 million domestic debut and an even better $140 million international one. That’s great for you, Sony!

Talking about this movie, here’s an interesting interview with the writers about all the interesting moments in the movie… like [SPOILERS] when Peter Parker learns that Vulture is Liz’s father, his decision to refuse Tony Stark’s offer to join The Avengers, Aunt May learning he’s Spider-Man (and what that means mving forward)… and of course the great reference to the iconic moment from Amazing Spider-Man #33:

We have him starting the scene with such self-doubt and helplessness, in a way that you really see the kid. You feel for him. He’s screaming for help, because he doesn’t think he can do it, and then in the context of that flashback, he kind of realizes that that’s been his biggest problem. He didn’t have the confidence in himself to get himself out of there.

TMZ (which I usually don’t reference too because ugh) has some leaked set pics of the Han Solo movie! Here’s one of them with Alden Ehrenreich as the titular character, Woody Harrelson’s Beckett, and some lady who is probably whatever character Emilia Clarke is playing: 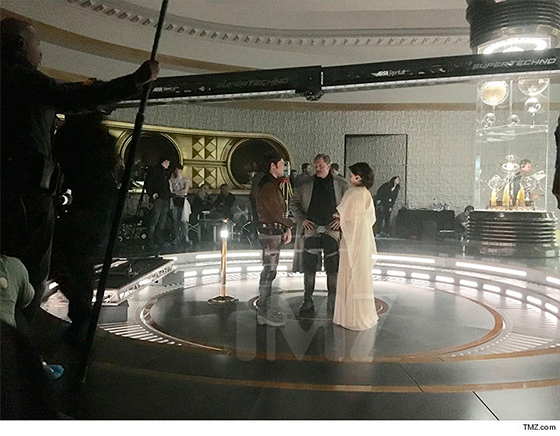 Here’s our first look at the Hey Arnold! movie, which will take place one year after last episode, “The Journal”, when Arnold finds a map of the fictional country San Lorenzo where his parents traveled to. Creator Craig Bartlett had lots to say about the updated looks of the main kids. The movie is set to premiere on November 23rd. Here’s the concept art of our girls Helga and Phoebe:

Fox Animation has finally announced the release date for Nimona, the feature directorial debut of Oscar-winning director Patrick Osborne (Disney’s Feast, Google’s Pearl), based on Noelle Stevenson’s amazing webcomic turned printed comic. Oh yeah, the date is February 14, 2020. Too bad that the violence is being toned down tho!

An adaptation of Brian Augustyn and Mike Mignola’s Batman: Gotham by Gaslight will be the next DC animated feature. It was totally confirmed by the back cover of the Batman and Harley Quinn DVD. And you know what? That’s awesome! Batman V Jack the Ripper yo! Here’s what this is about:

This one-shot story was set in the 1800s, and pitted the Caped Crusader against none other than Jack the Ripper. Though not marketed as such upon its release, Gotham by Gaslight is considered to be the first of the “Elseworlds” stories, which take DC characters out of their canonical settings and into alternate timelines or realities. 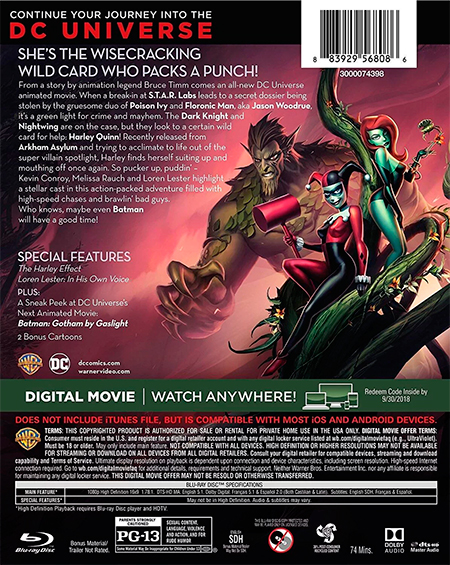 Habemus some info on Wonder Woman 2! This will also be a period piece, so yes, it would be set before Batman V Superman: Dawn of Justice. In fact, it will be set in 1980s, so Cold War? Apparently Chris Pine will be returning, and yes, as Steve Trevor. Dammit, I liked his character, but he served his purpose. And how is he returning, considering he kicked it in the first Wonder Woman story… and in the 1980s, he would be ancient? Magic?! Magic. I hope so… and it’s not like Trevor’s great grandnephew or something!