The Fangirly Diary of a Geek Girl: Thank you, Marvel Muse

Greetings, fellow fangirls and fanboys! This week one of the people responsible for giving us Marvel comics as we know them passed away. And thus this column is dedicated to Joan Lee. We also have some Spider-Man: Homecoming news, some more Netflix shows news, and more. Here’s how the week started:

Guess who’s back, back again? It’s the First Doctor! Yep, David Bradley, who played the William Hartnell/The first Doctor in 2013’s An Adventure in Space and Time will portray the actual first doctor on the Doctor Who‘s Christmas Special of this year. This will also mark Peter Capaldi and Steven Moffat’s final episode of the series. All of this was revealed on the Doctor Who series 10 finale. Here’s a picture of both Peter Capaldi and David Bradley: 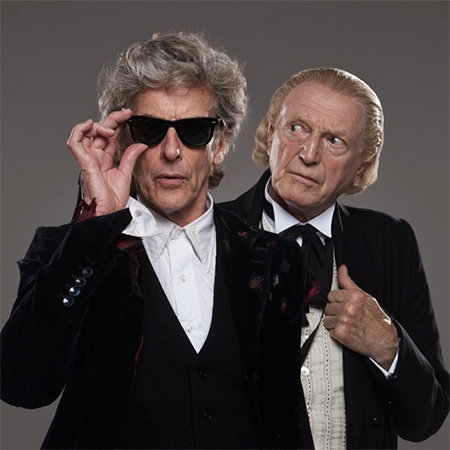 Welp, it seems Despicable Me 3 got the first place of domestic box office!  Edgar Wright’s Baby Driver got second place and that ain’t too shaby, considering people still loves those minions. But you know what’s great? Transformers: The Last Knight, already underperforming at the US box office, was pushed down to third!

Total Film magazine had a couple of neat Spider-Man: Homecoming covers (the regular and the subscriber’s): 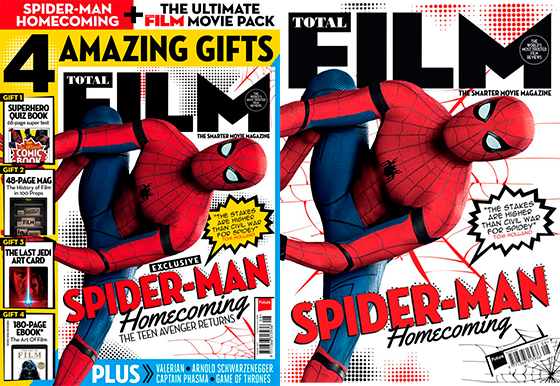 Talking about Marvel, Robert Downey Jr. said he wants to leave MCU “before it’s embarrassing”… which some people took he meant before the MCU becomes embarrassing, but some of us took it as leaving before he looks too old for it to be realistic. Besides, it’s a great idea to leave when it’s still good, yo!

Everyone says to me it’s like a glove that fits so well. I have to start over every time but I am starting over with a pretty solid base. I just never want to blow it for the last six or seven [movies] I have done by dropping the ball because I decided to go do it one more time. I just want to hang up my jersey before it’s embarrassing.

Yay! Wonder Woman has passed $700 million at the worldwide box office! According to box office analysts, the final haul could be of $750 million, which would take Wonder Woman not too far behind either Suicide Squad or Batman v Superman: Dawn of Justice.

We have new from the Fantastic Beasts sequel! Warner Bros. revealed some new characters like: the bounty hunter Grimmson (Ingvar Sigurdsson); a wizard named Yusuf Kama (William Nadylum); and wizarding circus owner Skender (Ólafur Darri Ólafsson), and one of said circus’ “featured attractions” (Claudia Kim). Of course, the four main characters: Newt, Queenie, Tina, and Jacob are back. But hey, Credence, portrayed by Ezra Miller, will be back too… in a “mysterious way”. Dumbledore, played by Jude Law, and Newt will stand against Grindelwald, played by Johnny Depp. Still, obligatory #Justice4ColinFarrell and #NotMyGrindelwald. The film will take place in New York, London, and Paris.