Damn, this new poster of Alien: Covenant is fantastic in all its H. R. Giger style glory! The film will be released on May 19th. 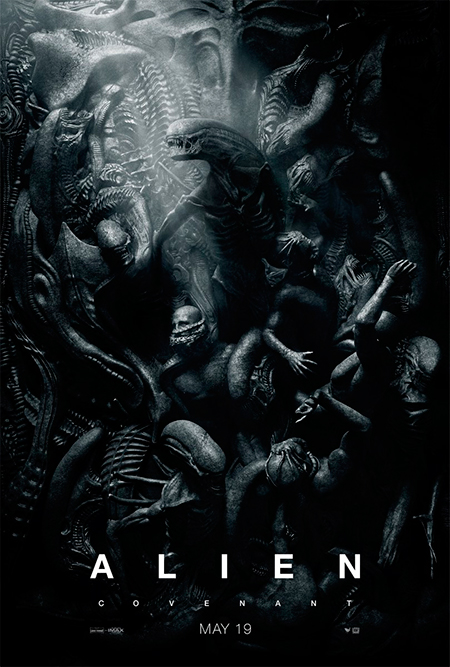 Disney CEO Bob Iger talked about the state of Star Wars: The Last Jedi in the wake of star Carrie Fisher’s passing in December. He claims General Leia’s role remains unchanged, and they will not use special effects to recreate Fisher’s likeness like they did in Rogue One. Episode IX director Colin Trevorrow has been in meetings with Kathleen Kennedy to discuss how Lucasfilm will proceed with Leia’s arc in the film. It’s a major priority that Carrie Fisher’s memory is respected. Iger also talked about the Han Solo movie, saying it will follow him from age 18 to 24, meeting Chewbacca (and saving his life) and finding his ship, The Millennium Falcon (actually winning it off of Lando Calrissian in a game of Sabacc).

Habemus new character posters for Guardians of the Galaxy Vol. 2 and, boy, I want collectible cards out of them all! Here are all the ones with the ass-kicking women:

Some Deapool 2 concept art leaked online, and not only it had the titular character, Colossus and Domino, it had Cable… and it totally was Brad Pitt as Cable! Ye, the actor was eyed to take on the role and there was interest on both sides, but it ended up in nothing… for now. Dammit, I still want Stephen Lang… or even Dolph Lundgren~ 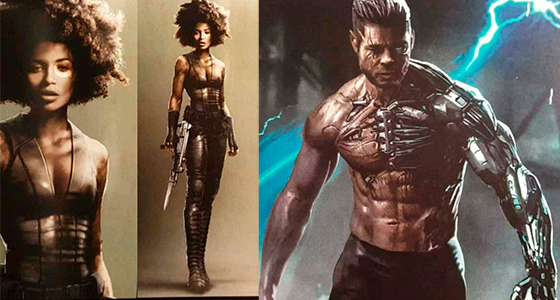 All of us who saw the new Power Rangers movie, saw they promised us Tommy Oliver/Green Ranger in the mid-credits stinger in the possible sequel… but wait, there’s a catch! Red Ranger Dacre Montgomery revealed that Tommy could be changed to a girl! You know, so we could have three boys and three girls! Equality! That would make the Green Ranger/Pink Ranger ship quite interesting!

Here’s the trailer for gorgeous looking creepy Hulu series, The Handmaid’s Tale. The first three episodes of the series will premiere on April 26, 2017.

A couple of new teaser posters for Spider-Man: Homecoming appeared online, and both are simplistic yet good-looking, either with Spidey listening to some music during his down-time of his duties both a superhero and a highschooler, or with Spidey crowling all over Avengers Tower. Our friendly neighbor managed to pop out quit a bit considering his bright colors! 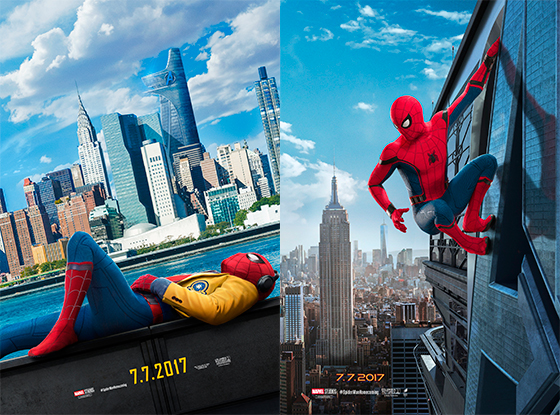 But we also had posters for Justice League! Character posters and one of the Justice League united! Here are the ones of Aquaman, Wonder Woman and Flash, because they are not overexposed like Batman nor look awful like poor Cyborg.

And that’s it for the week! Before I go, I want to wish Happy Birthday to Glenn Close, David Thewlis, Gary Oldman, Reese Witherspoon, Jim Parsons and Jessica Chastain. 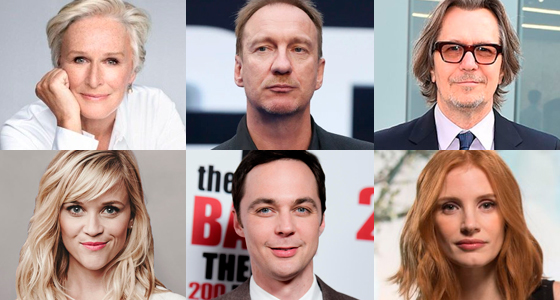