Congrats to Logan, which has passed the $500 million global box office benchmark! Not bad considering it’s an R rated movie and has strong competition with Kong: Skull Island and Beauty And The Beast.

Now that the Rogue One: A Star Wars Story Blu-ray and DVD will be available April 4, the talk about all the “what ifs” of the story was renewed. Like, we could have had a happier ending! Writer Gary Whitta said one alternative ending was having Jyn Erso and Cassian Andor survive and Leia’s ship came later to help them, and so the data transfer happened off Scarif. Another one who survived the Battle of Scarif was Director Krennic, who would have been far enough away from the Death Star blast. The poor bastard then would have got rescued so he could be killed personally by Darth Vader for his failure.

It’s been a while since I have actually watched Agents of SHIELD, even if I usually read up their Wikipedia article to be up to date with the story… but hey I must share these propaganda posters that come from the alternate reality where there is such a thing of Agents of HYDRA. I just like creepy propaganda posters, ok?! 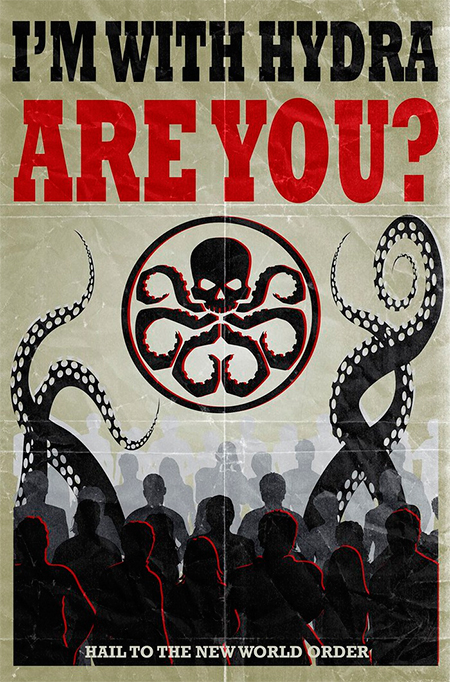 We have a couple of great arts for Guardians of the Galaxy Vol. 2! First, we have a new IMAX Poster will of neon and psychedelia! And the regular Empire Magazine cover may not have Baby Groot in all its tiny glory, but I’m sure he doesn’t mind sharing the space when the cover looks this pretty! 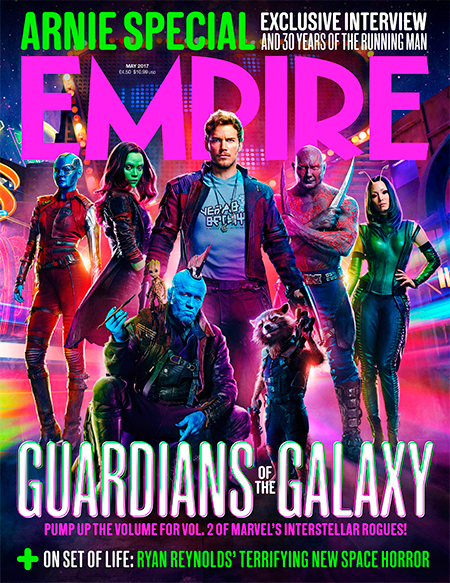 According to The Hollywood Reporter, Michael Shannon is the frontrunner to play Cable in Deadpool 2. Dude ain’t the only one on Fox’s list, but he is leading the pack.

The Hollywood Reporter also shared another comicbook movie exclusive, that we are getting another Spider-Man‘ spinoff! Yep, besides the Venom one, Sony is planning a Silver Sable and Black Cat movie. Yep, a comicbook movie about not one, but TWO women. I guess that one was the “secret female spinoff project”. Just so you know, Silver Sable is a mercenary who runs a company that hunts war criminals who has been both friend and foe to Spider-Man; and Black Cat a.k.a. Felicia Hardy is an acrobatic cat burglar with a long and tangled romantic history with Spider-Man.

Damn, if Power Rangers can pull off good numbers, we are getting a “six movie story arc” planned by Saban. I wonder if they will base each movie on a Power Ranger season. After all, the Zordon era lasted 6 seasons!

Here’s the first trailer for the live-action manga adaptation of Death Note. Not sure if want, because while I know this is an Americanized version, neither Light nor Misa fit with the story, so I guess they will be significant changes. I don’t have much to judge L with besides the race-bending, which I don’t mind since L’s race was not important to his story. But hey, Willem Dafoe’s Ryuk sounds awesome and I hope he looks the part too! We’ll get to watch the movie in Netflix on August 25th.