The Fangirly Diary of a Geek Girl: Take a look, it’s in a book!

Greetings, my fellow geeks! Marvel has been changing things around, and Simon Kinberg keeps talking about X-Men; but most importantly, the internet made LeVar Burton cry and it was for a good reason! Here’s how the week started:

The news of Edgar Wright no longer directing Ant-Man will take a while to get over it, and here’s James Gunn’s take on it~

Sometimes you have friends in a relationship. You love each of them dearly as individuals and think they’re amazing people. When they talk to you about their troubles, you do everything you can to support them, to keep them together, because if you love them both so much doesn’t it make sense they should love each other? But little by little you realize, at heart, they aren’t meant to be together – not because there’s anything wrong with either of them, but they just don’t have personalities that mesh in a comfortable way.

On more Marvel changes that kinda me me nervous, Drew Goddard is no longer in charge of Marvel’s Daredevil Netflix series because he will write/direct Sinister Six. In this case, Marvel had a new guy ready to take his place though! The new guy is Steve S. DeKnight, which we know because he also worked on Buffy, The Vampire Slayer and my beloved Spartacus. Well, that was fast! And talking about fast. The movie might just premiered some days ago, but X-Men: Days of Future Past already has revealed their 3D Blu-Ray Set. That Magneto helmet that comes with the Amazon Exclusive 3D edition looks way awesome! There’s also a UK Exclusive Complete Collection Blu-ray Set thar comes with the helmet from Cerebro! 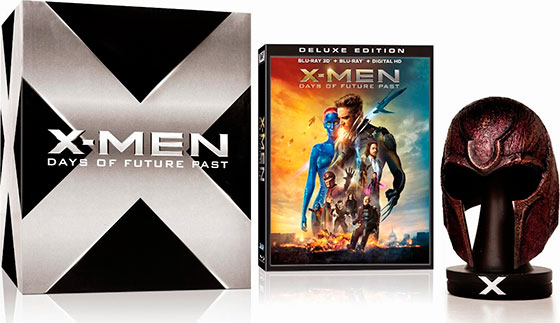 On sorta related news, since there are X-Men involved, Miles Morales will join the X-Men, as pictured in a the cover of All-New X-Men #32. That was shown on the tumblr of Brian Michael Bendis, who writes both All New X-Men and Ultimate Spider-Man. The cover reminds us of the one they did when Kitty Pryde joined the X-Men in Uncanny X-Men #139. So, will he be the Ultimate Spider-Man version or the new-found 616 version? The clothes say Ultimate, but you never know~ 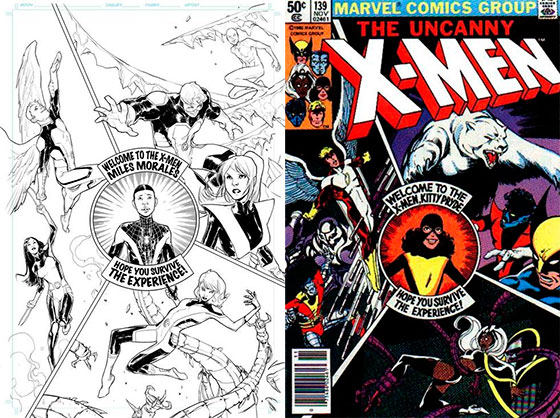 With Hannibal season 2 finale came some interviews with Bryan Fuller, who is obviously very happy to keep working. And here’s what he had to say about what we could expect from season 3.

X-Men: Days of Future Past has already made a sh*tload of money! $262 millions world-wide! As such, Simon Kinberg has been talking a lot about future X-Men movies. First, he talks about how freaking powerful the titular character will be in X-Men: Apocalypse, so much it will make the movie kinda like a Roland Emmerich one. Well, damn! Dumb and entertaining it is!

The thing that we’ve spent the most time talking about is not just the visual execution of the character, which is its own challenge – creating a character that’s the most powerful I think of any mutant villain that we’ve seen in the X-Men movies so far. More powerful than Magneto. The kind of scope and scale we’re talking about is like disaster movie, extinction level event. Sort of Roland Emmerich-style moviemaking, which you’ve never seen in an X-Men movie, or any superhero movie, which I think is exciting.

He also admits trying to make ammends in X-Men: Days of Future Past, because he fucked-up with X-Men: The Last Stand.

For me, the fun of this movie from when I said, ‘We should do Days of Future Past,’ was literally the scene of changing the future and Jean is going to come back and Jean and Wolverine are going to have a reunion. Mainly because I carry such guilt over X-Men: [The Last Stand]. The way we killed Jean in X3 haunts me because I love the Dark Phoenix saga so much.

As for which cast member will make it on X-Men: Apocalypse, well he does say that while they will focus on the “new cast” (that is Fassbender, McAvoy, Lawrence and whoever is still alive), “but it will certainly have some of the original cast involved, too.” Kinberg also talked about the Fantastic Four reboot and manages to compare it to all the good comicbook movies that launched franchises like Iron Man, X-Men, or Batman Begins (also Raimi’s Spider-Man movies that are not Spider-Man 3, and Chronicle).