The Fangirly Diary of a Geek Girl: Spoilers from far, far away

Greetings, my fellow geeks! This week we have, among other things, what could be a shocking business move from Disney, more Marvel plans, and possible spoilers from Batman v Superman: Dawn of Justice and, more importantly (for me), Star Wars! Here’s how the week started:

Some people have awesome birthday presents… and some people get an infinity stone from Marvel! Like James Gunn. It also had the lovely message “That was a pretty good plan”. Guess they were pretty happy with Guardians of the Galaxy~ 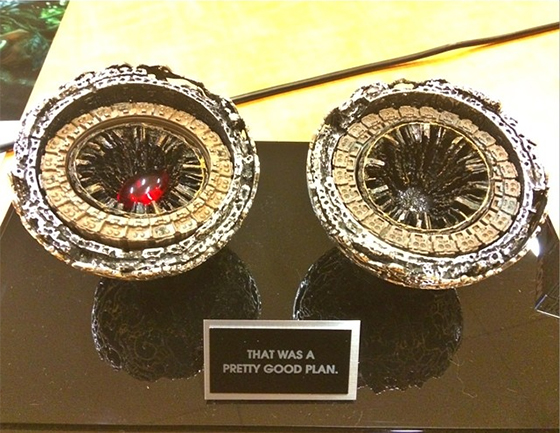 You know, if I would have understood the potential of… doing, or adapting comic book characters to feature films, and also the tie-in to gaming and digital technology, when I was doing the first Blade films, then I’d be in a different business right now. I’d be in a whole different ball game.

He also wants to take RDJ as an example of a rebirth of career… because RDJ is awesome.

Frozen sequel will happen… in books! Yup, we are getting Anna & Elsa #1: All Hail the Queen and Anna & Elsa #2: Memory and Magic on January 6, 2015. Two more books will follow later in the year. The idea is to plan three or four books a year until we can finally let it go~

Talking about Frozen, here is the first decent picture of Anna and Elsa in Once Upon a Time! And, apparently, Anna is getting married to Kristoff. At least it is hinted at. I damn hope some time has passed since the movie ended and they appear in the TV series… or one of the messages of the movies goes through the drain. Dammit, Anna, you can’t marry a guy you’ve just met… for two days! Anyway, check their goofball faces and cheaper-than-some-cosplays costumes! 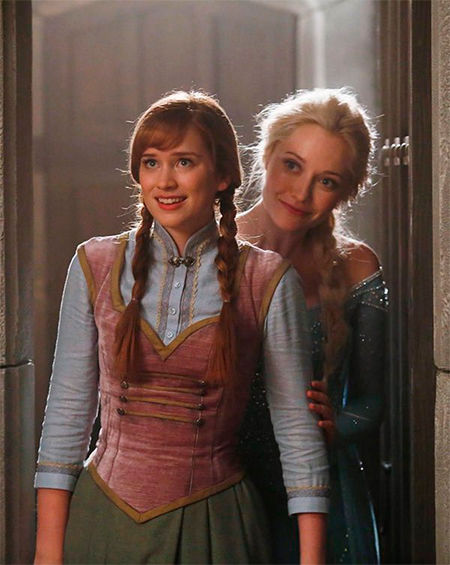 Box Office News! Guardians of the Galaxy has passed $300 million worldwide! Yay! I’m glad they are making money despite Teenage Mutant Ninja Turtles kicking them out of first place at the US box office. Yeah, that movie did so well, a sequel was already confirmed it. Guess nostalgia still can make you sit on a theather~ So yeah, we can expect Young Adult Mutant Ninja Turtles soon enough!

In better Teenage Mutant Ninja Turtle news, here’s an awesome clip from TURTLE POWER: The Definitive History of the Teenage Mutant Ninja Turtles that comes out tomorrow Monday on DVD and Digital HD. As the name suggests, this is a documentary that chronicles the Turtles through the last 30 years. The clip shown is about the first issue of the comic and some of the inspiration behind the Turtles universe and its characters.

On DC news, now we know how old Batman is supposed to be in Batman V Superman: Dawn of Justice! Producer Michael Uslan was talking about how people whine when there are changes to the franchises that in the end turn out to be awesome, in relation to Ben Affleck of course. And he ended up telling that Batfleck is in his mid-40s~

We’ve been through this I don’t know how many times already. Every time a director makes a creative, out-of-the-box-thinking decision on casting, it tends to get this. I remember even the Iron Man guys got it on Robert Downey Jr. initially. Of course, we got it intensely when another genius, Chris Nolan, chose Heath Ledger to play the Joker. And it was a huge outcry: ‘How can a guy who just played a gay cowboy play the Joker? You’re going to destroy the greatest villain ever, this is going to be a laugh.’ So, this has happened time and again, and it happened with Affleck. To go back to the original thought of Bruce Wayne in his mid-40s, I think he’s going to be extraordinary.