Here are a bunch of international TV spots of The Hobbit: The Battle of the Five Armies. And the new footage shows things are very dire indeed! Guys, I will totally cry a lot in this film!

Another reason for crying? The damn soundtrack! The titles are kinda spoilery, and I already teared up a little after reading them. I mean, just hear Billy Boyd’s “The Last Goodbye”!

Back to James Gunn’s interviews, he talked about how “pretty weird” it would be if DC/Warner uses Darkseid as their Big Bad in their Justice League movie, considering his similarities to Warner’s Thanos. He also gave his opinions on DC/Warner’s slate:

The truth is, it’s a list of titles, and if they’re done well they’ll be good. If they aren’t, they won’t be good. But I think we have a little bit more of an idea of what we’re getting with Marvel. I mean, we know the actors, we know the characters — we’ve seen movies with these characters. You have some idea of what’s going on already. We’ve told a big part of the story. With DC, they haven’t told the story yet.

On lighter news, he neither confirm nor denies the cocoon seen in The Collector’s museum is indeed Adam Warlock’s. He admit the cocoon is exactly like Adam Warlock’s, but doesn’t confirm the character is out there in the MCU or if he will be part of a future Guardians movie.

OMG! Rumor has it that my favourite Austrian, Christoph Waltz could be in Bond 24 as an “extremely cunning” character, to which I say yaaaaas! We have yet to know if he’s “a friend or foe”, but  he is a “nemesis of sorts”. Others claims he got the job Chiwetel Ejiofor wass offered but nothing came out of it. In that case, Christoph will indeed play a bad guy.

We have news on the Attack on Titan/Marvel superhero’s crossover exclusive to Japan (for now)… that will probably find its way on the internet hours later.  The mashup will include The Guardians of the Galaxy, The Avengers, Spider-Man, Female Titan, Colossal Titan, Armored Titan, all in New York City.

Attack on Titan creator Hajime Isayama will provide the “Scenario” (which we assume is the plot), Marvel’s Senior Vice President of Creative & Creator Development C.B. Cebulski will provide the “Breakdown” (which we assume is the actual scripting), and artist Gerardo Sandoval will provide the art. Marvel’s Executive Editor Tom Brevoort edited the series, with fellow Marvel editor Jake Thomas assisting. In an introduction to the comic story, Cebulski teased that a major Titan characters could die in the crossover, saying that “Nothing is sacred.” 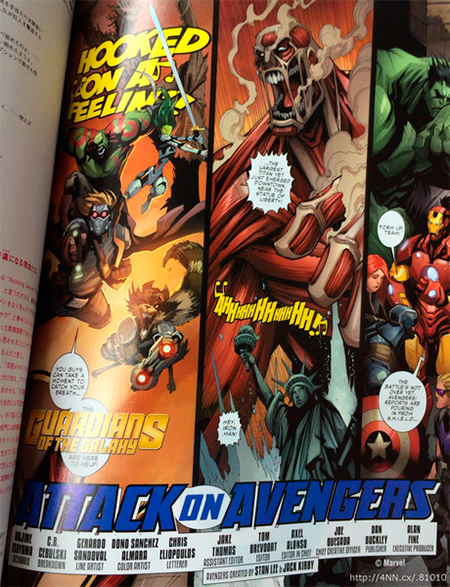 Daniel Bruhl will be in Captain America: Civil War! The press release is very vague and says nothing about what part he will play. Deadline says it’s a villain though. A German dude playing a (probably) Nazi villain. Yep, everyone already thinks he will play Baron Zemo.

Talking about Marvel movies made by the Russo brothers, it seems they indeed will take charge over Avengers: Infinity War movies. So, after Avengers: Age of Ultron, Joss Whedon will be gone, or he will stay as executive producer/consultant like Nolan in DC/Warner movie?

And to end this week, we have a small clip from Doctor Who Christmas special shown as part of the Children in Need telethon on BBC1. Yep, Clara Oswald is totally back, despite the not-good way she and The Doctor parted ways. And we have see a interesting word exchange between Father Christmas and The Doctor, with him exclaiming everybody’s general distate with tangerines. And while I am not partial to the fruit, I am sure some people do like them, Doctor! Also, love Nick Frost as Santa and those elves are hilarious~

How do you think those presents got under the tree every year? By magic?! 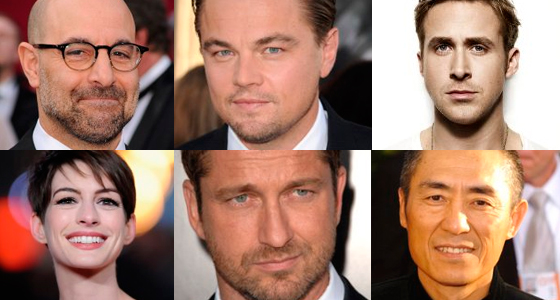