Greetings, my fellow geeks! We have some interesting casting news, comic book news, and The Hobbit news. But mostly, we start and finish with the preparations of Doctor Who Christmas special~

Doctor Who Series 8 is over and done with. How was it? Well, Peter Capaldi was magnificent and has rapidly become one of my favourite Doctors. That said, as usual with this show, it has its up and downs. Still, we have a Christmas special to look forward to, and then the long wait until September. Here’s the teaser trailer… and I almost answered “Ghostbusters!” to The Doctor’s question due to sheer conditioning. LOL.

Here are some fun facts about Big Hero 6, movie I won’t watch until Christmas time because local distribution sucks! So yeah, here’s info about animation/animators/, voice actors’ nerd credentials and character design like:

We saw some Warcraft stuff from BlizzCon in last week’s column, and now here’s a recap from the panel! The most important think I read was Duncan Jones’ commentary on Sam Raimi’s version, and how his will be better (LOL!), mostly because it won’t be so Alliance-centric, and will focus on both humans and orcs.

[Raimi’s version] was, in my opinion, very human-centric, very Alliance-centric. There was I think an approach that in my opinion didn’t put the Orcs in the best light. As in the game where you could choose which side to be on, I thought that it was really important that we made a film which allowed you to be on either side of the conflict, and followed through heroes from both sides. Telling a story where you really allow the audience to empathize and feel for both sides is unusual in war movies, let alone fantasy films, where normally the monsters are portrayed as villains. … In our case, the Orcs were a group that we really wanted to allow the audience to care about.

Yeah, man! Orcs have feelings too!

Disney triumphs over Christopher Nolan! Yep, it was a close match, but in the end Big Hero 6 won the Box Office with $56.2 millions over Interstellar‘s $52 millions~

According to Collider’s sources, it’s totally a sure thing that Margot Robbie (The Wolf of Wall Street) will play Harley Quinn in Suicide Squad. Of course, DC has confirmed nothing, so this still remains in the rumours realm. I won’t mind if it happens though! 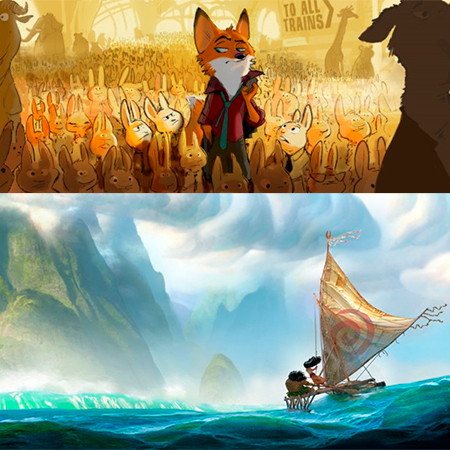 Apropos of Insterstellar, Christopher Nolan has been interviewed a lot lately. In an interview with The Daily Beast, he got asked about the possiblity of working popular franchises, such as Star Wars (“I think I’d be afraid to touch it!”) and James Bond (“nothing’s ever worked out”). He also hot asked about his current relationship with DC/Warner, specifically about Batman v. Superman: Dawn of Justice (” I’m only involved in it in an advisory capacity as an executive producer”), and if would he ever tackle superhero movies again (“I’m done with that part of my life. But it was really thrilling”).

Did you know we are getting an Evil Dead TV series? Well, it was revealed at San Diego Comic-Con but now we have details! Starz has greenlighted Ash vs. Evil Dead, a 10-episode half-hour series for 2015! Evil Dead director Sam Raimi, producer Rob Tapert and star Bruce Campbell will all return! Yep, Campbell is Ash again. And Ash that has spend the last three decades avoiding responsability and the undead, until he suddenly can run away anymore and must face up all his demons (some of them literal). Thank you, Starz, you are becoming one of my fav networks~

Here’s an interview with Ben McKenzie (or Jim Gordon in Gotham) where he talks about how we might get the Graysons. I expect just the parents and not Dick Grayson, Gotham will seriously go AU! Dude has had a loose tongue lately. Not that I mind! Here also commented that Morena Baccarin will play Jim Gordon’s love interest, Dr. Leslie Thompkins. I guess Barbara Keane is out of the picture for a while? In the end she will be back though. We need Barbara Gordon. Unless of course my AU concerns are a reality.

On comic book news, here’s the first look of Spider-Verse #1, where we can see lots and lots of alternate versions of our friendly neighbor~ 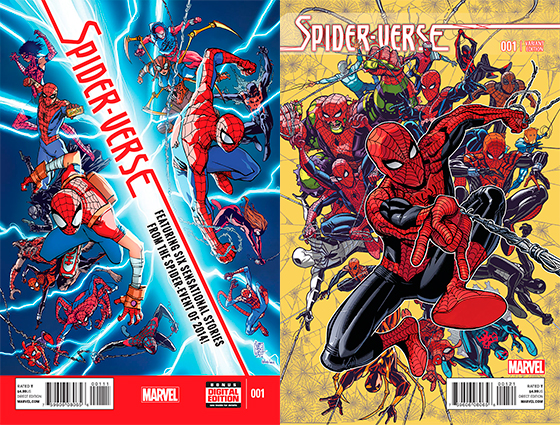